7 For All Mankind: A Beautiful Odyssey

7 For All Mankind has once again teamed up with James Franco to imagine and create another multimedia campaign that encompasses the 7 For All Mankind’s Californian spirit and denim DNA.

For Spring, the 7 For All Mankind interactive brand campaign, titled “A Beautiful Odyssey” was inspired by the poetry of William Blak. It explores the concept of LOVE & CONNECTIVITY symbolized through an aspirational white wedding. This season James Franco takes a different direction & has orchestrated a fresh twist by inviting you to decide how this romantic tale unfolds by visiting their Facebook page and casting your vote.

Beginning March 7th, 7 For All Mankind will be releasing videos with corresponding poll questions so YOU can VOTE on the character’s ultimate fate. You will actually have the opportunity to impact how this story unfolds! Cast your vote and you will be able to say that you played a part in how James Franco edited the “Audience Cut” version of “A Beautiful Odyssey.”

At the end of the campaign, tune into the online film premiere where you can watch both the Audience Cut and Director’s Cut of “A Beautiful Odyssey.”

7 For All Mankind is also holding a Pin-To-Win contest on their Pinterest page where the lucky winner and their guest will be flown to LA to attend our VIP campaign film premiere!!!

Watch the official trailer for James Franco’s “A Beautiful Odyssey” below and shop the entire Campaign Collection here. 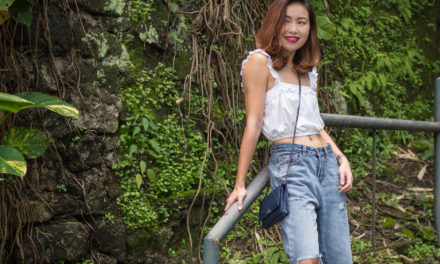 Unisex Shoes: The In Trend?