Hi everyone! I’m back from my almost 2-week vacation! If you follow me on Instagram and Twitter (@lush_angel), you’ve probably seen quite a bunch of photos from me. Sorry for flooding! Haha!

Anyway, on a serious note before I share about the Bobbi Brown x LushAngel.com Makeup Workshop… If you all noticed, I have scheduled posts while I was away, except for one day (November 24). I was supposed to share this Bobbi Brown x LushAngel.com Makeup Workshop on that day, but I decided to reschedule right away when I received this surprising news. I wanted to write this short note for a very dear and talented friend before posting. While I was on vacation, I got this really bad news. My heart broke when I learned Noel Subade, Bobbi Brown’s resident trainer, passed away. If you’ve been a reader of my blog for quite some time, you’ve probably seen photos of him in some workshops I’ve attended. All of his friends and people whom he has worked with was saddened by the news. It was so sudden. All of us were so surprised. I had to reread the messages sent to me because of disbelief. I’ve met him a couple of times and one of those was during this Bobbi Brown x LushAngel.com Makeup Workshop. He’s such a jolly person and the participants during this workshop could attest to that. He never failed to put smile on our faces, even while training. He may be gone for now, but the joy, knowledge and memories he has shared will always remain in our minds and hearts. I’m just glad Noel’s now free from pain and he’s now in the arms of our Creator. Thank you Noel! You will always be remembered.

As part of LushAngel.com’s 5th year anniversary, I teamed up with Bobbi Brown Philippines for the Bobbi Brown x LushAngel.com Makeup Workshop. If you’ve been following my blog for the past weeks, I held a contest for my dear readers for this makeup workshop. Here are some photos during that fun afternoon. 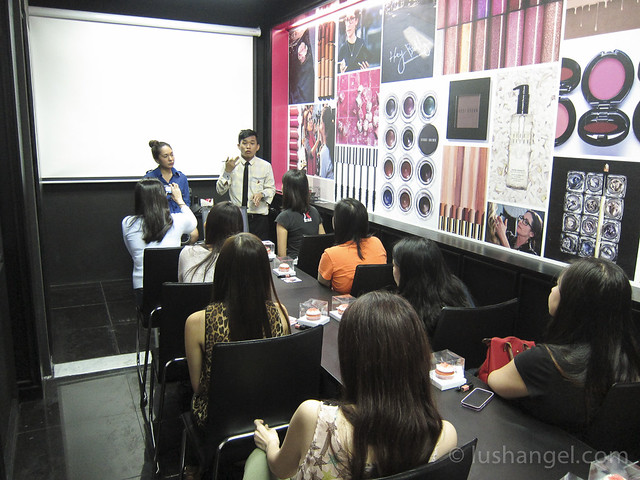 The workshop was held in a training room inside the Bobbi Brown SM Megamall boutique. It was indeed an intimate afternoon of beauty. 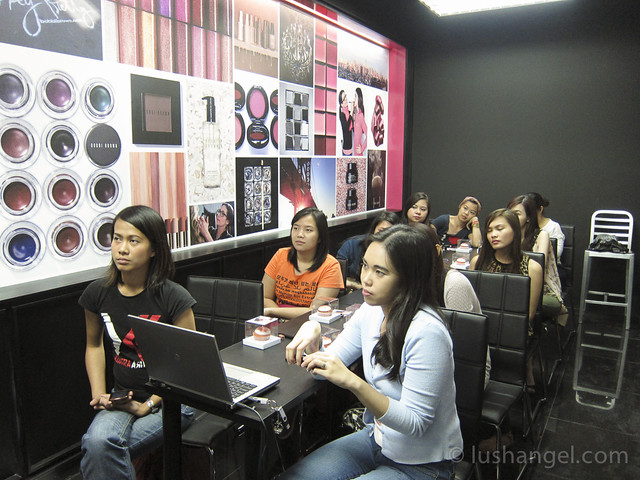 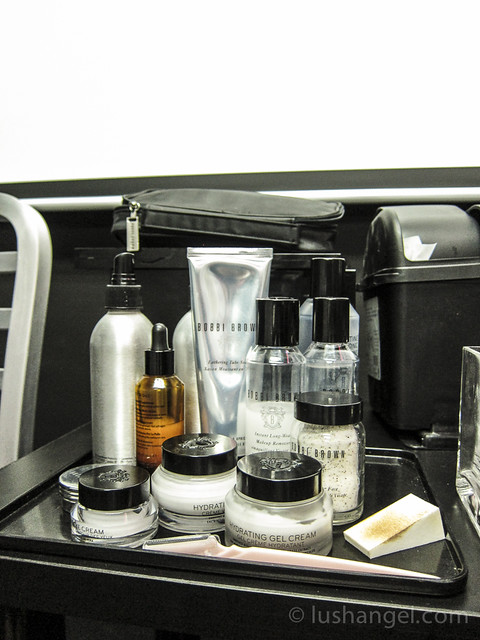 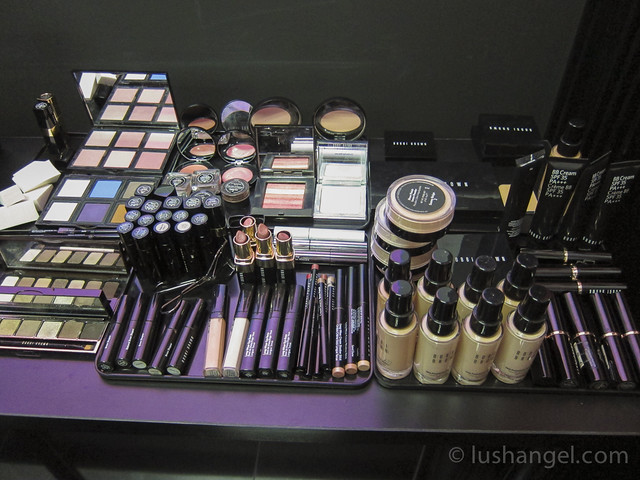 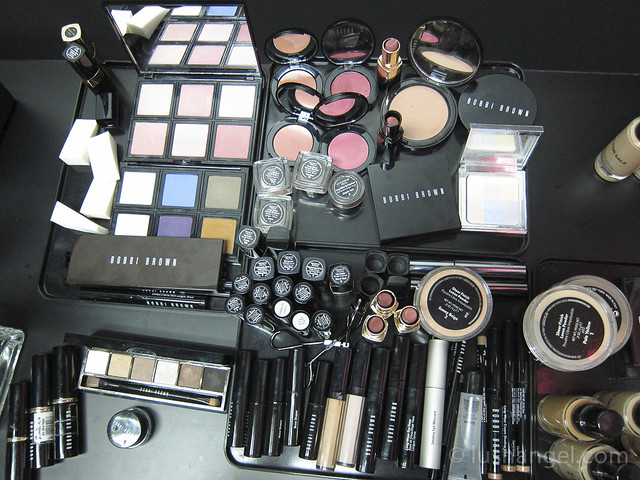 Bobbi Brown resident trainer, Noel Subade, conducted the workshop and demonstrated day and night looks. It was like a makeup 101 for everyone. He gave a lot of tips on how to apply makeup the Bobbi Brown way. 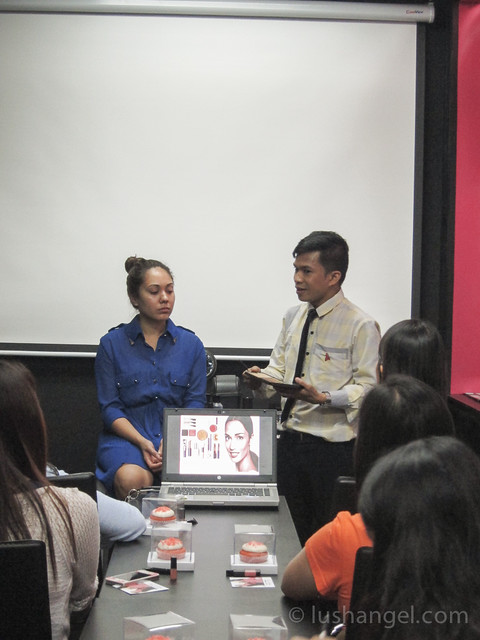 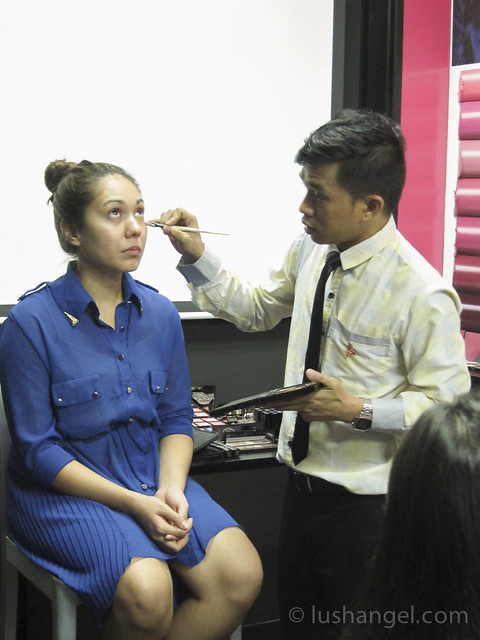 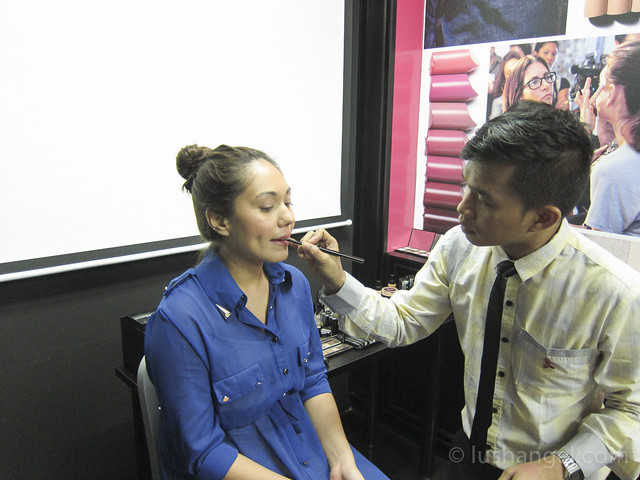 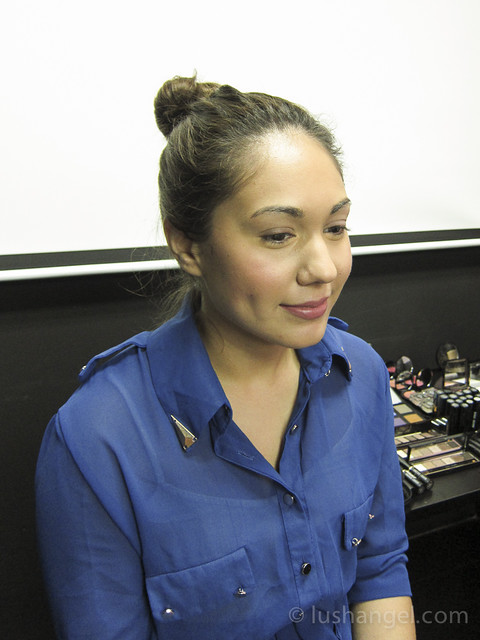 And with the same makeup, but with more intense eyes, here’s the night look… 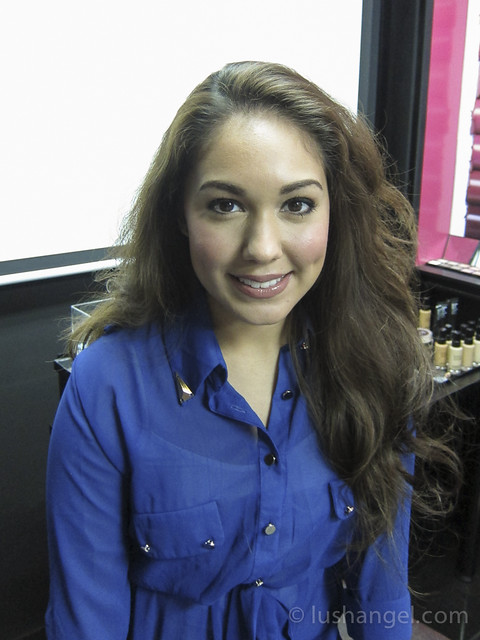 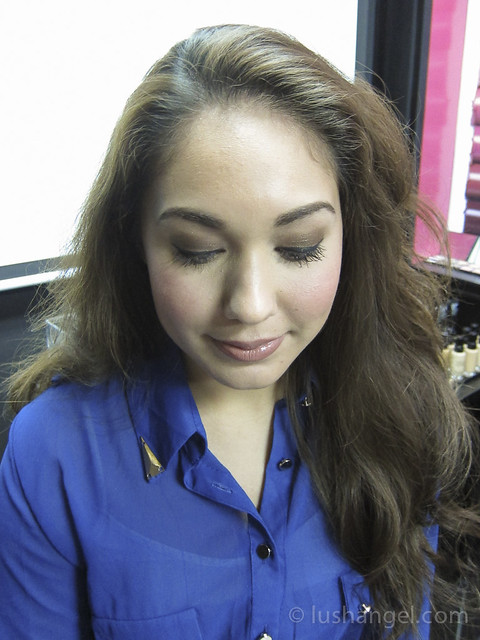 At the end of the workshop, Bobbi Brown Philippines was so generous to give away 3 Bobbi To Go sets! Yay! 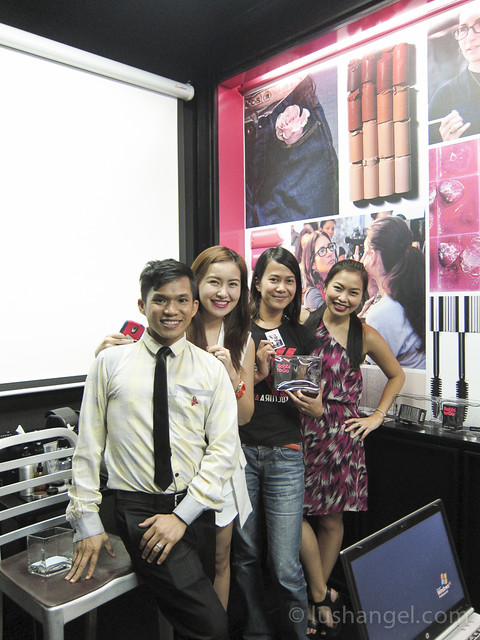 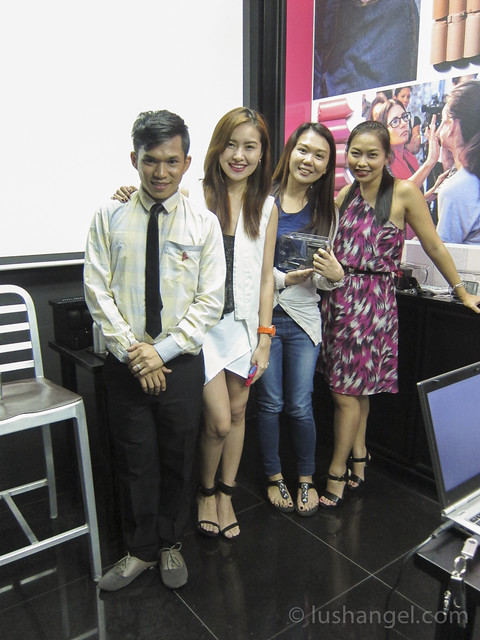 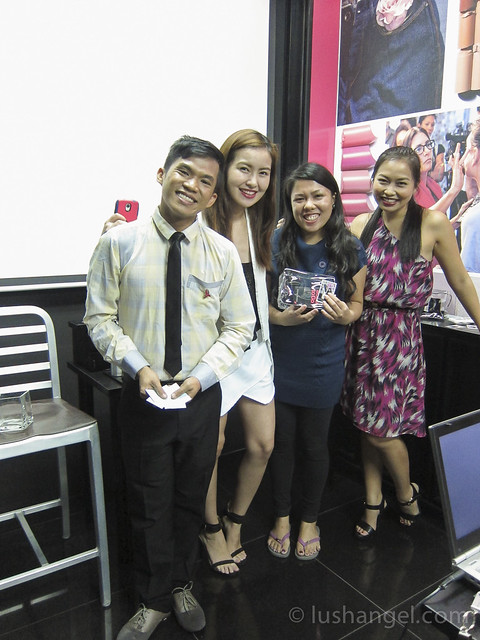 Of course, we made sure everyone didn’t go empty-handed. Aside from the makeup tricks they learned, they all went home with yummy cupcake, deluxe samples, and makeup lesson treat. 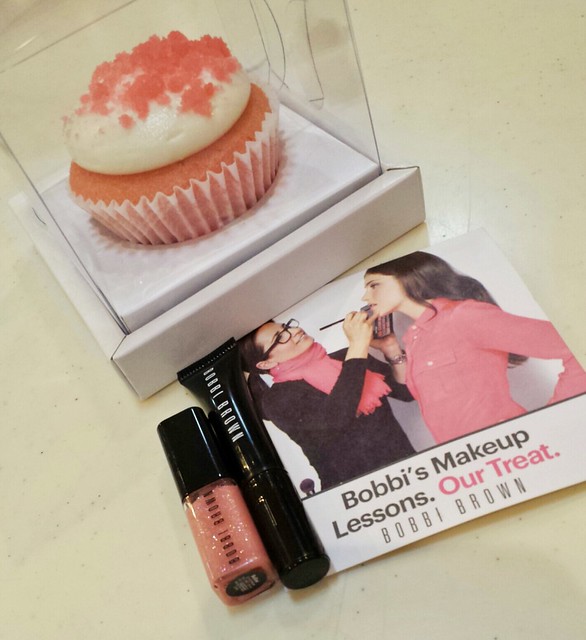 All of these wouldn’t be possible without the powerful Bobbi Brown Philippines team. Thank you, thank you very much! You guys made this day very special! 😀 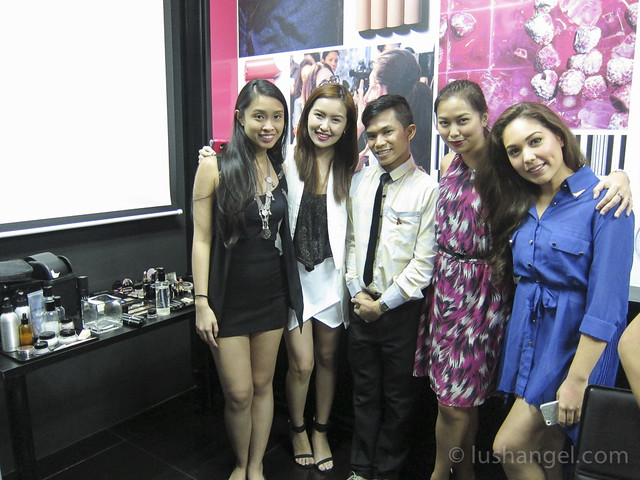 Of course, this makeup workshop wouldn’t be a success with you, my dear readers and friends! 😀 It was great to meet you all! Hoping you all enjoyed as much as I did! Again, thank you! 😀 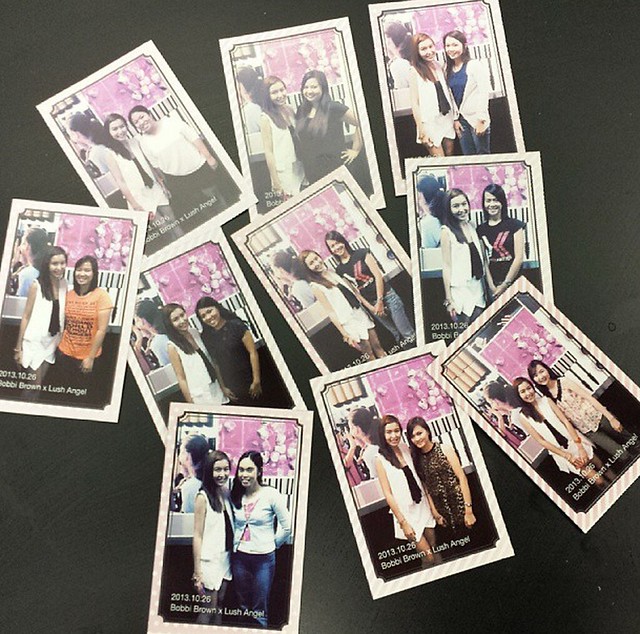 Once again, I’d like to thank Noel. This was probably one of the last few workshops he did while he was still with us. Thank you and I’m so glad to have met such a nice person like you. ‘Til we see each other again, my dear friend! 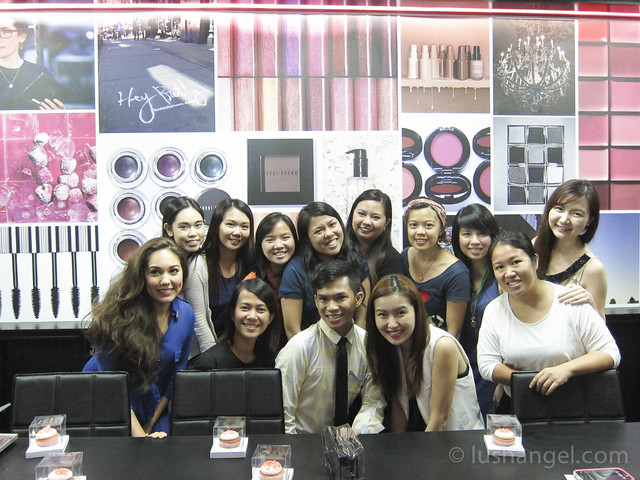 Keep on following Bobbi Brown Philippines Facebook page (facebook.com/BobbiBrownPH). Who knows, they might have another makeup workshop again! 😉

P.S. If you haven’t joined my COOKOO watch giveaway worth PHP 6,000, check it out in THIS POST! It’s so easy to join- just the usual likes and shares! 😉 Good luck! 😀