We’ve all heard about tough and shock resistant watches. Yesterday, I attended the launch of Victorinox I.N.O.X. and I tell you, I was floored on how tough this watch is! It’s unbelievable that I’ve never seen like it. Just to give you a gist, the I.N.O.X. watch demonstrates a level of robustness never been achieved in watchmaking. Designed to withstand unusual stress, it has passed with flying colors a ruthless battery of 130 strength tests. Beyond the standard certification tests of the Swiss watch industry, a series of new tests was developed specifically for I.N.O.X. watch. Victorinox I.N.O.X. has indeed imposed new rules on resistance. 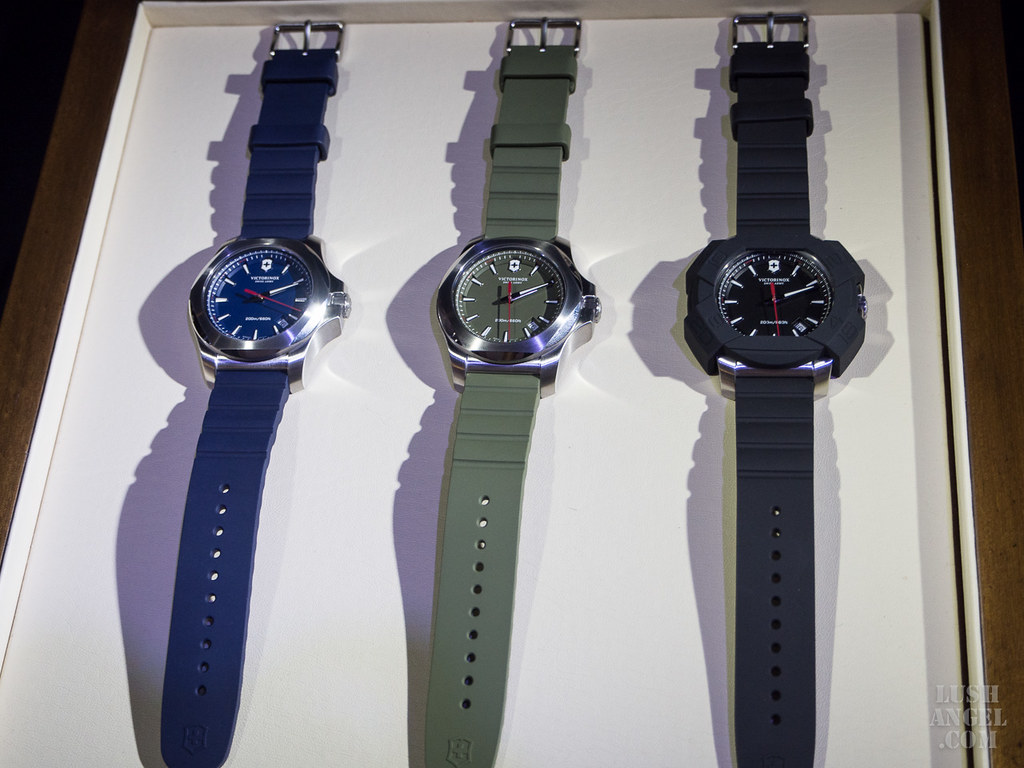 The Victorinox INOX launch was attended by the Lucerne Group and the Victorinox Swiss Army CEO, Alexander Bennouna. 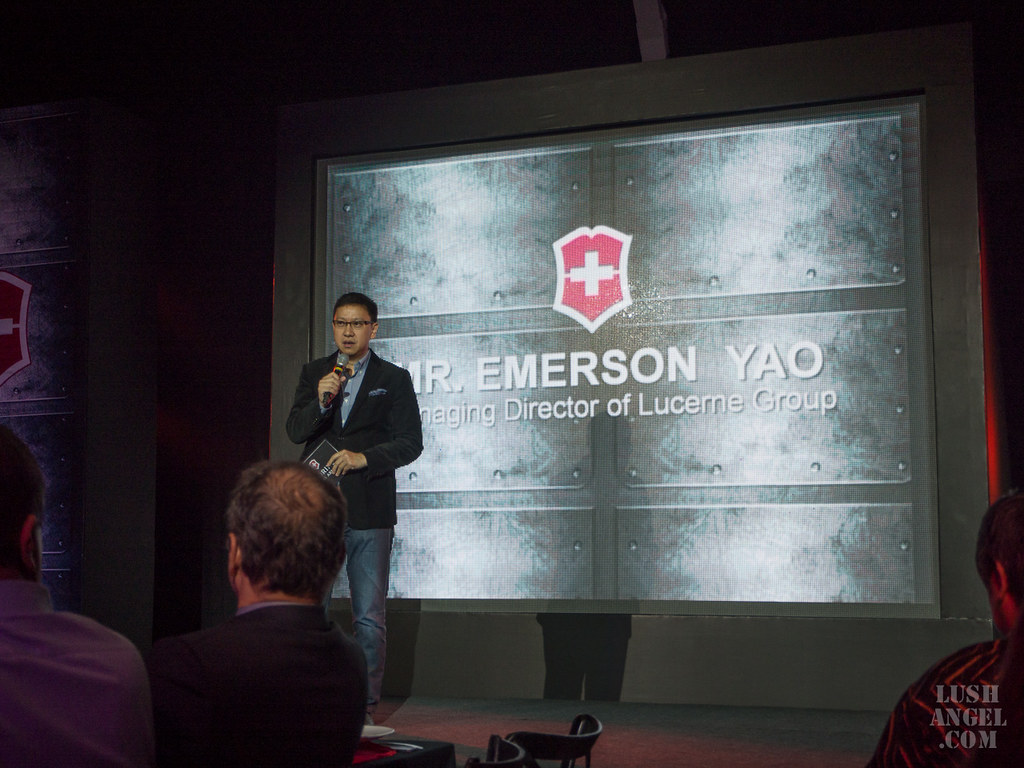 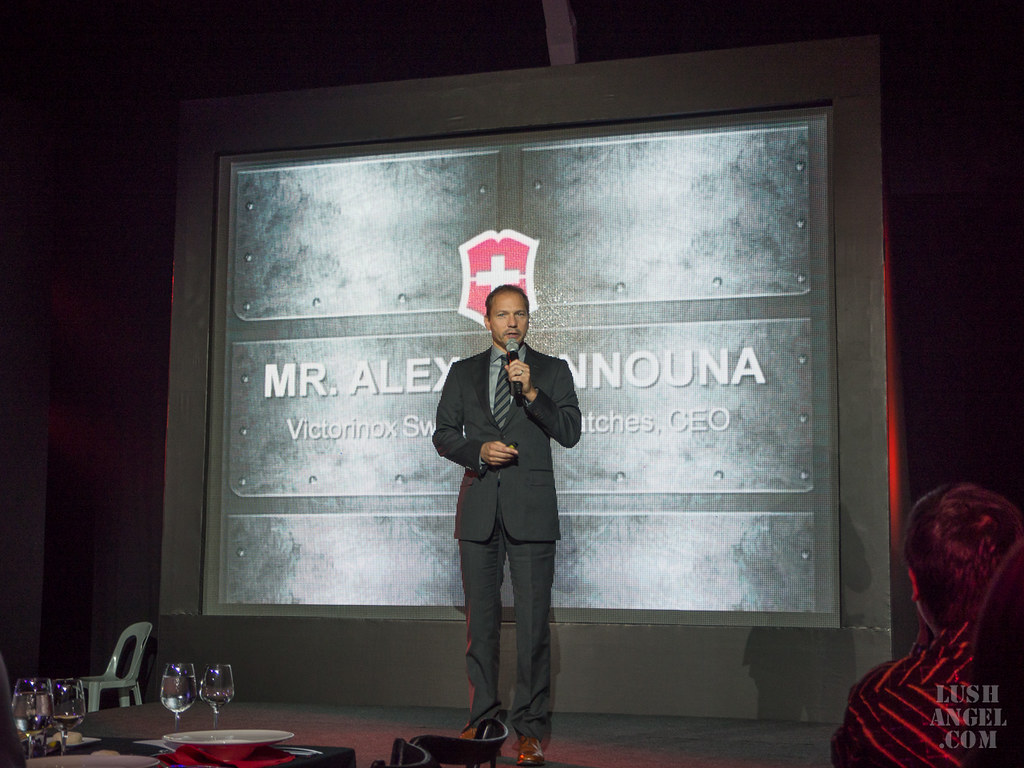 They also invited some friends of the brand leading busy and adrenaline-fueled lives and who exemplify the qualities of the I.N.O.X. watch.

Andrew Wolff, who shows tenacity on the rugby field 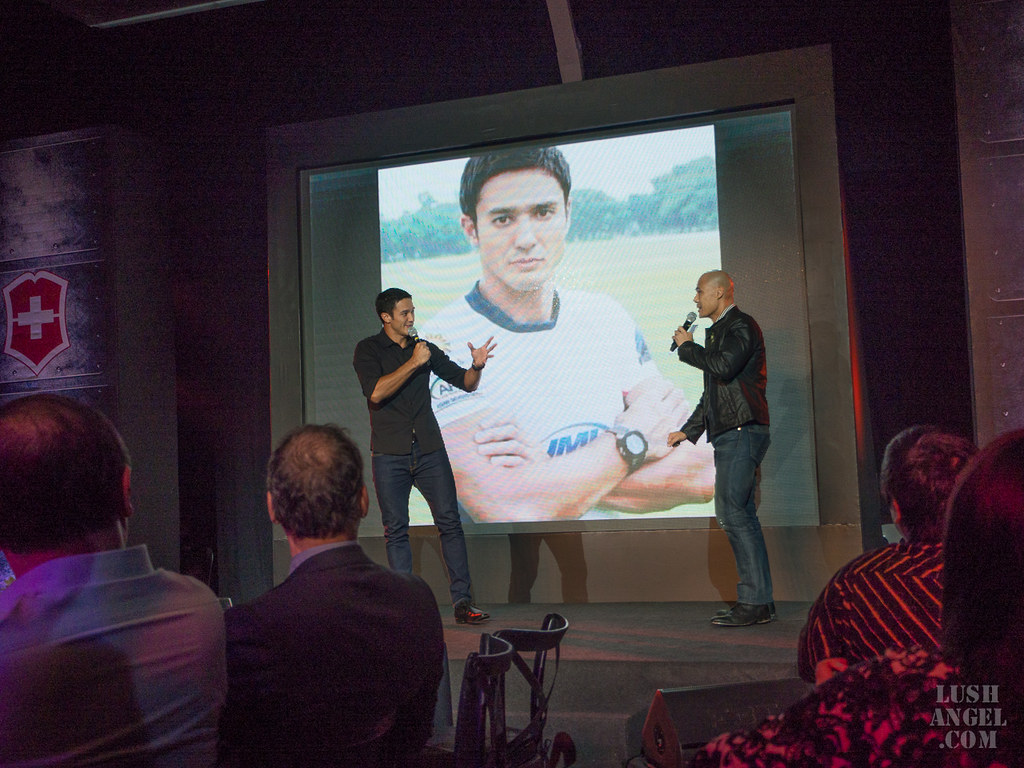 John Spainhour, who courageously was a marine for several years 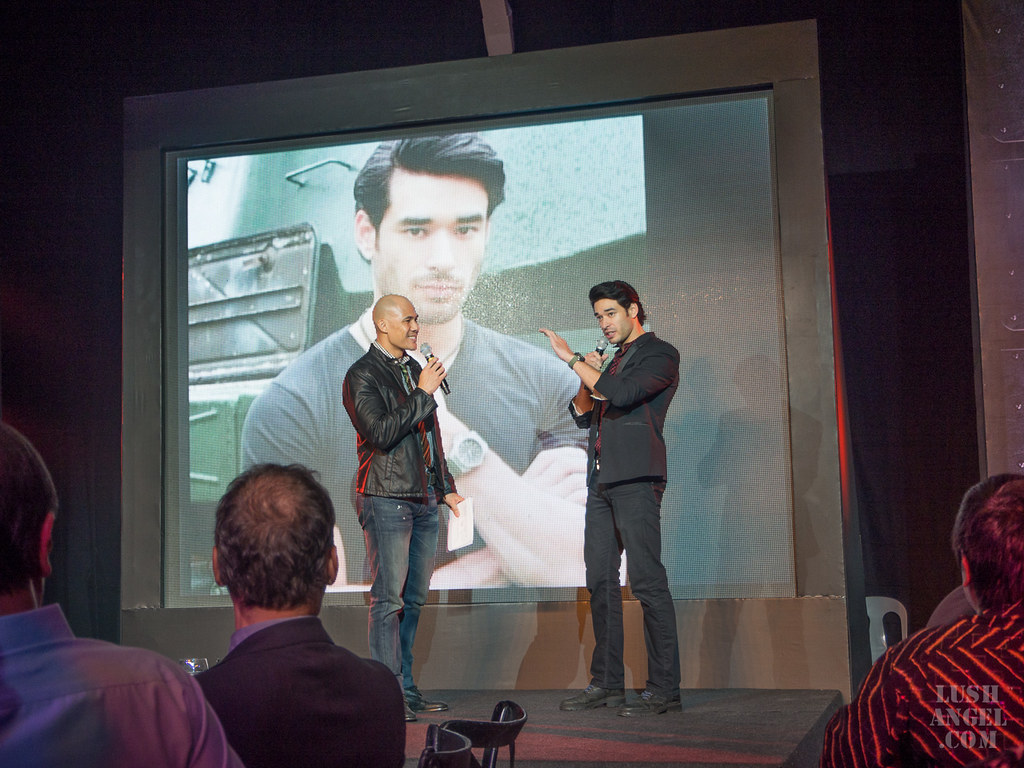 Marc Nelson, an adventurer who dares to brave the outdoors 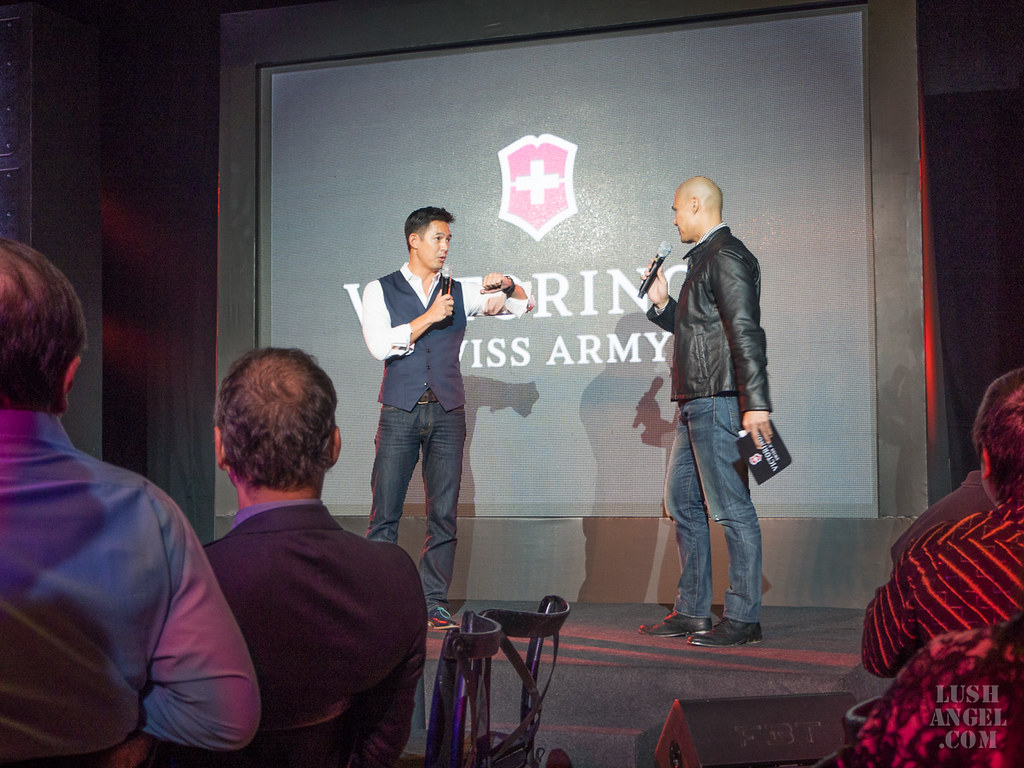 These three men capture the spirit of what it means to be strong, fearless, and passionate, perfect for an exceptional watch which was made in time for Victorinox Swiss Army’s 130th anniversary. How tough is “TOUGH”? Well, this watch can resist eight tons of compression under a hydraulic press, and can resist being driven over by a truck of 25 tons or a military tank weighing up to 64 tons. Moreover, it can also withstand temperature shocks from -57 degrees to +71 degrees Celsius, set to a standard set by the US Army for the manufacture of missiles. Nothing comparable exists in the world of watchmaking. 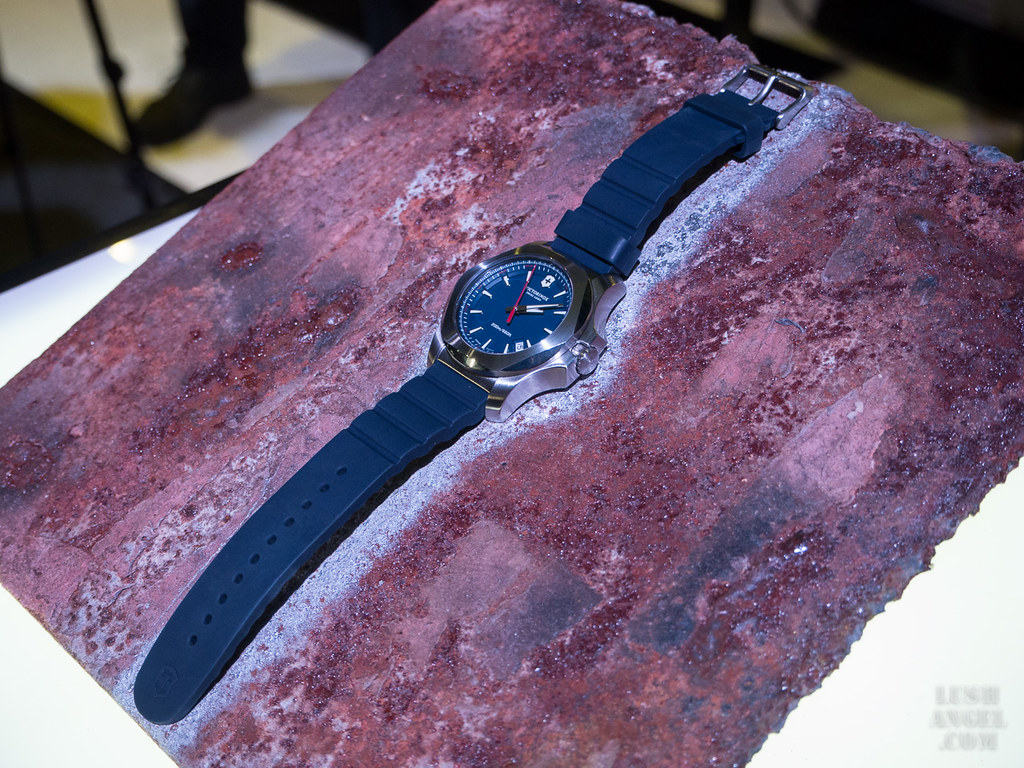 The I.N.O.X watch can also take on glacial cold; the watch will function non-stop and without complaint, even when frozen in an ice cube for 168 hours. 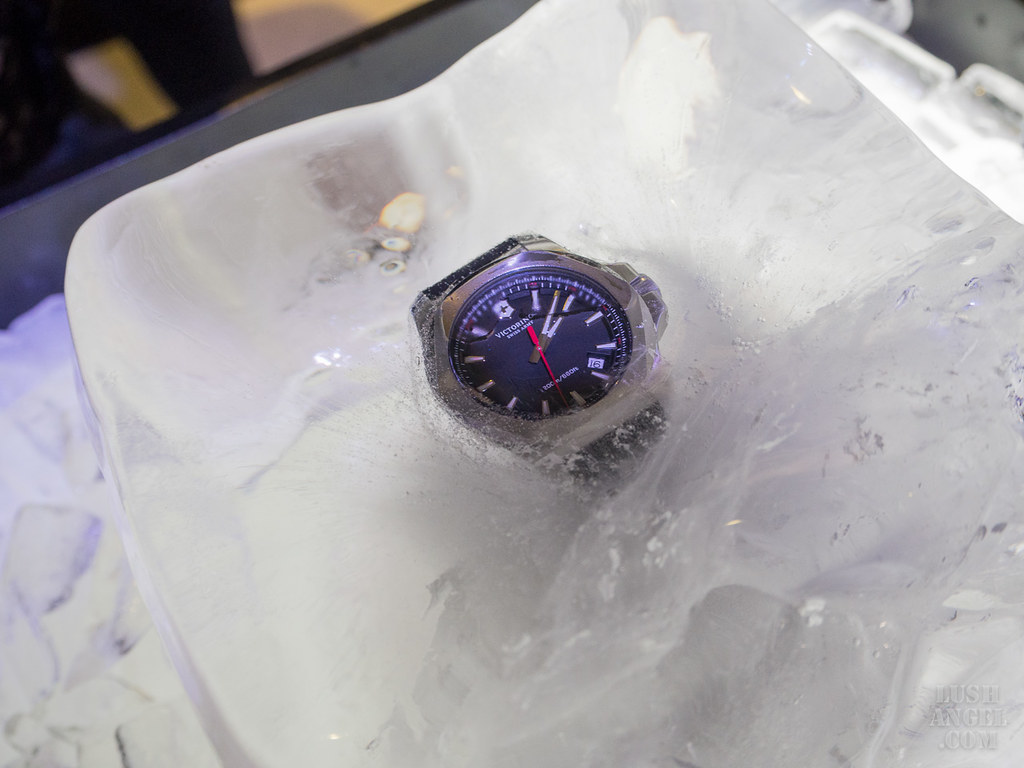 Neither does it have a fear of heights; the I.N.O.X. watch can weather extreme conditions at a stratospheric altitude of 21,300 meters, which is twice the height at which airlines fly. It can also withstand a fall of 10 meters onto a smooth concrete surface, the approximate equivalent of a drop from a three-floor building. 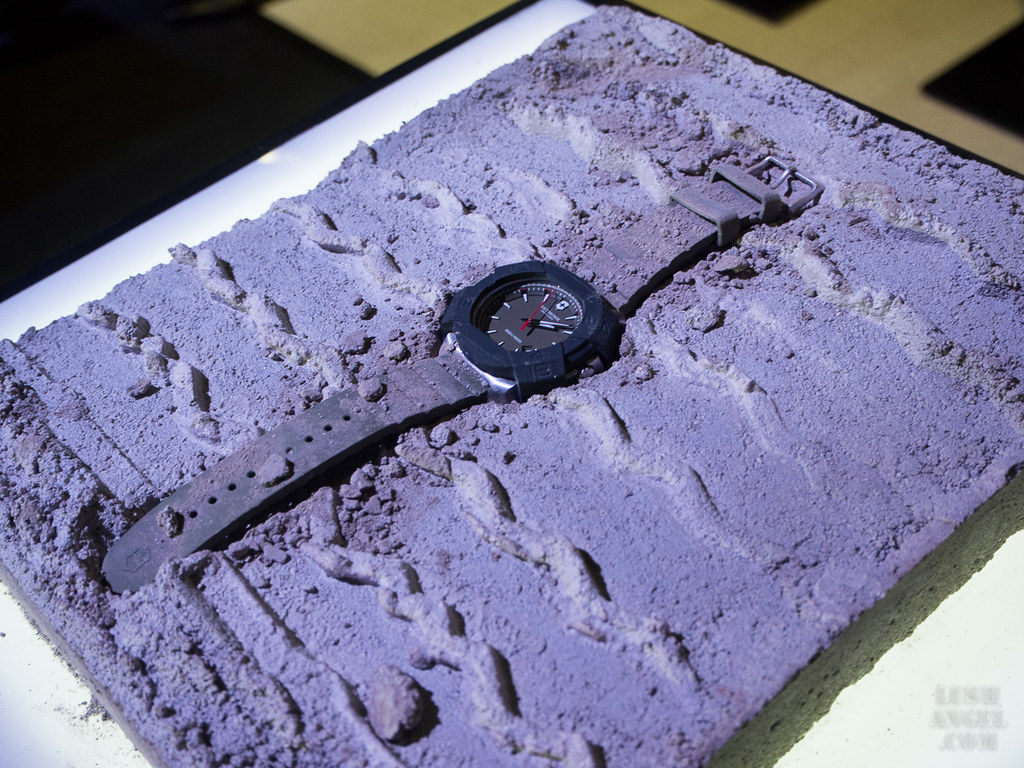 Given its extreme robustness, I love how refined the design is with its 43mm stainless steel case. The case is made with a scratch-resistant sapphire crystal with triple anti-reflection treatment, and is water resistant to 200 meters. Available in three colors (black, khaki, and navy blue), the I.N.O.X. watch can be further personalized with a bumper, as seen below.new accessory in the watchmaking world, this removable protector in silicone and nylon lets you change the watch’s look to match your mood. 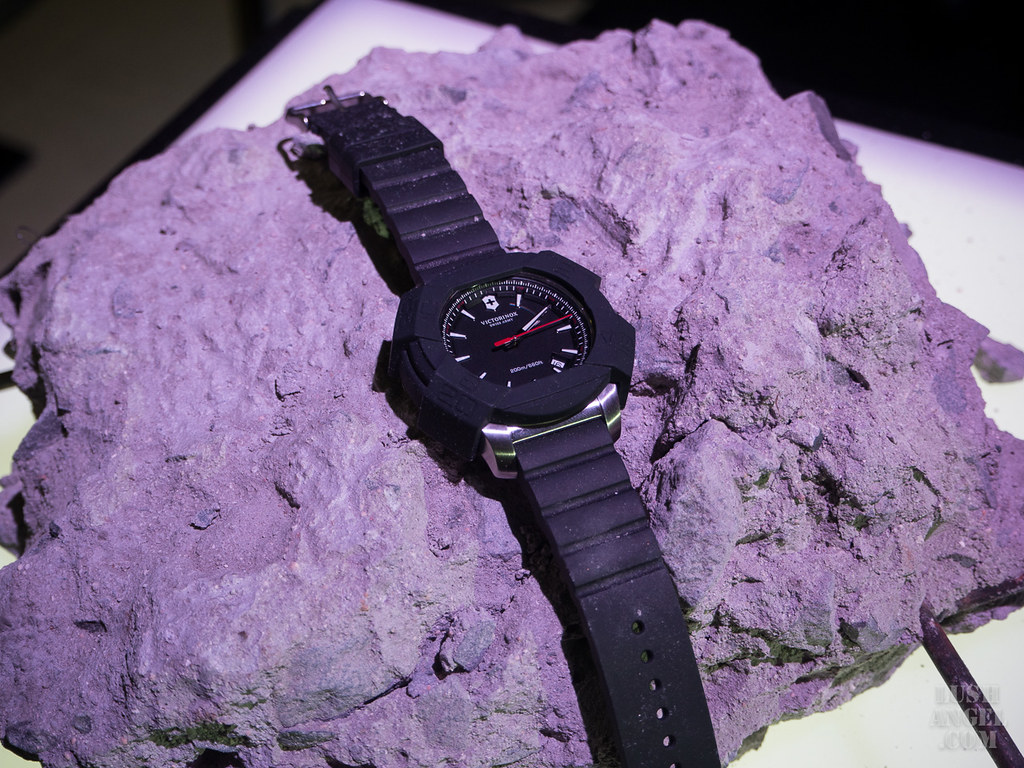 Well, I wouldn’t say that this is just made for men. I’ve always been vocal how much I love oversized watches and I think Victorinox I.N.O.X. would even look exceptional on a lady’s wrist…. ehem ehem… my wrist? LOL! 😀

Anyway, just watch the amazing videos of Victorinox I.N.O.X. watches in this link to see for yourself how tough this watch is: http://www.youtube.com/playlist?list=PLrEx9rVMEIE-upRcX8ISzkwAGwm-n_g3H 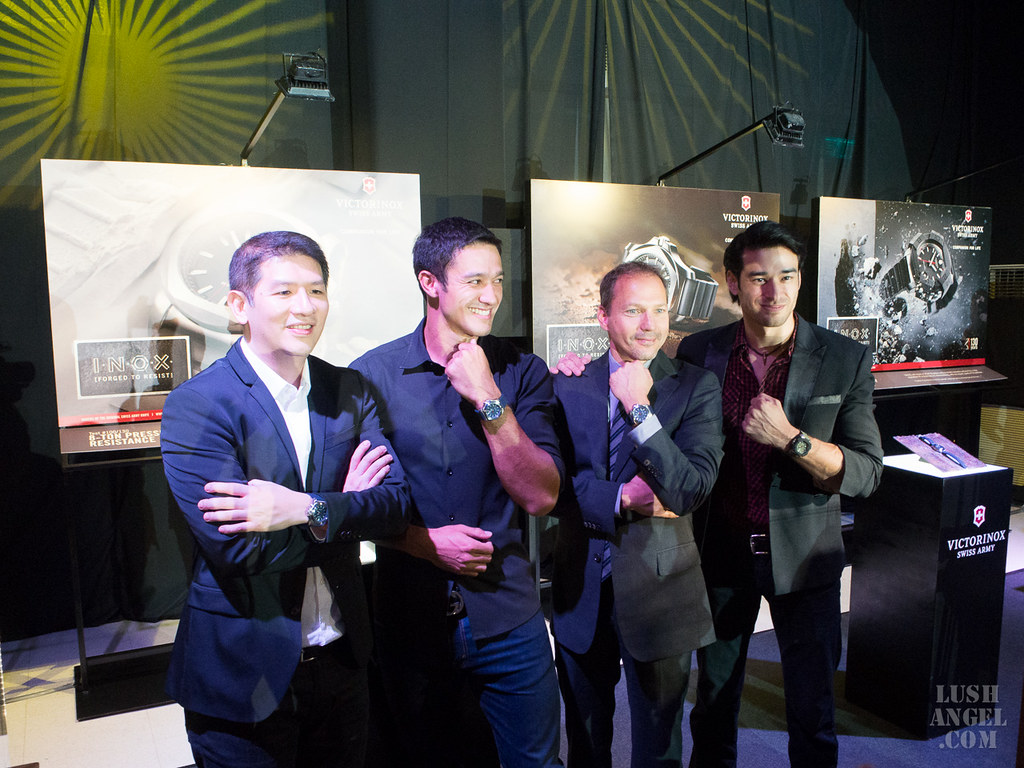