This is it! This is what the techy geeks have been waiting for- Steve Jobs’ announcement of iPad 2! 🙂 Not that I’m gonna splurge for another iPad. Honestly, I barely use mine. It only serves 2 purposes for me- play games while in the car and search the internet while in a coffee shop. Hehe! I don’t even blog using my iPad. WordPress is screwed up for some reason. But I love that it keeps me company all the time, wherever I may be. 🙂 It proved to be useful too when I went out of town last week! Haha! Anyway, I’m just excited to share the new iPad 2 to the Apple-holics, gadget geeks, photographers, businessmen, fashionistas, and to everyone out there- including my mom! *EHEM* LOL! Just kidding! Mom, if you’re reading this, enough of the Apple madness please. I have enough. We have enough. LOL! 😀

Well, who would have thought that iPad would be this successful?! Even I, myself, didn’t ever imagine to own one! It has become like a mobile phone already! Even my 7 year-old and 4 year-old nephews have them! When I was a kid, I remember playing dolls with my cousins, while the boys with their matchboxes. It was like chaos all over the place! When I had a family reunion last Christmas and Chinese New Year, my nephews and nieces looked so behave. All of them were just sitting down, each have a gadget of their own. One holds a Samsung Galaxy, while the others have the iPad. Geeesh! What’s happening to the world?! But iPads are not all about games. I also saw first hand how useful iPads are while at work. During my last shoot in China, the production team had iPads scattered everywhere- looking at the photos after every set of shots. The pegs were all in there too, making it easy to see what the ad agency wanted. Even if everyone seemed to have an iPad already, I don’t think people would stop from buying one, especially if they knew that the iPad 2 has these:

Up to 2x faster CPU compared to the original iPad

Up to 9x faster graphics compared to the original iPad

Video cameras (both front and rear)- meaning FaceTime is now possible in iPad 2!

Available in white and black

As for me, it would have been perfect if it had that retina display. Aside from the camera, it’s what I’ve been waiting for. Well, at least it’s a reason for me not to upgrade. Whew, my money is safe! LOL! 😀

Let’s Talk About Food And Music 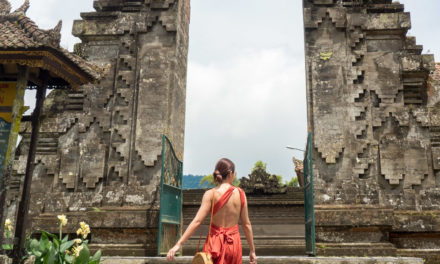