Almost the same time three years ago, I was wandering in the streets of Taipei, Taiwan. My family didn’t really want to go to Taiwan at that time. We just thought of stopping over for 5 days before we headed back to Manila from Eastern Europe. Walking almost everyday (for more than two weeks) for hours can be draining. You can see from my travel posts HERE. My mom thought it would be nice to take a bit of rest in Taipei before facing reality. Haha! Little did we know that we were off for another adventure. Our plan to hibernate the moment we were dropped off at our hotel was completely forgotten.

We stayed at Howard Plaza Hotel, located at Da-an District. It’s a huge 5-star hotel, with Asian-inspired rooms. Cleanliness is definitely a 5 out of 5.

There are a few luxe shops in the hotel. The nearest mall is Sogo, which is just about 8-minute walk. For those who love fashion, small boutiques selling Korean clothes are just a few blocks away! This is where I hoarded so much clothes! 😀

The international breakfast buffet, which was packaged with our room, was superb! There were a lot of choices. I skip breakfast most of the time, simply because I’m not a morning person. But during our stay here, I was always excited to eat! That wasn’t usual at all! LOL!

Taipei 101, located in Xinyi District, was once the world’s tallest buiding. It has 101 floors above ground and 5 floors underground.

Chiang Kai-shek Memorial Hall is a famous landmark in the city made in memory of Generalissimo Chiang Kai-shek, former President of the Republic of China.

Another tourist attraction is the Martyr’s Shrine, built in memory of the martyrs during the revolution. Tourists visit the place to witness the ceremonial changing of the guards, similar of that in London.

We also visited the National Palace Museum, an art museum in Taipei. It houses a collection of ancient Chinese artifacts and artworks, which is one of the largest in the world.

Our plan to rest while in the city definitely didn’t happen. Take a look how alive the city was at night!

Taiwan is known for their scenic nature spots. They have several national parks. But since our real purpose in this trip was to hibernate, we didn’t want to go on a full blast tour. Seeing how well-dressed the people in the streets of Taipei were, our attention was more drawn to some leisure shopping! LOL! But seriously, I was surprised how fashionable they are. When we talk about Asian Fashion, we usually think of Japan, Korea and Hong Kong. Taiwan should definitely have a share! 😀

Anyway, going back to scenic spots, we visited Yangmingshan National Park in the north of Beitou. It’s the only park in Taiwan that has volcanic geography and hot springs.

Yangmingshan National Park is characterized by a large flower clock, where water runs around it.

Last but not the least, the Yehliu Geopark is definitely a must-visit. It is a cape on the north coast of Taiwan, between Taipei and Keelung.

I initially thought we were there to see the usual forest-like parks. I was impressed to see these extra-ordinary rock formations. Just look at these mushroom rocks…

I won’t go into details on how all these were formed, but in a gist, these masterpieces resulted from years of erosion. These are all magnificent works of mother nature!

One of the famous scenes in Yehliu is the Queen’s Head, a mushroom rock that looks like the side view of Queen Elizabeth. However, erosion has accelerated causing the neck to get narrower as time goes by.

Now, it’s pretty obvious how our hibernation period turned out to be a real adventure. We honestly didn’t expect that there are so much to see in Taipei and its nearby towns. We were supposed to go back early this year to go on a real tour, but decided to forfeit our tickets due to some unforeseen circumstances- again, my fault. LOL! Some good news arrived for me so my family and I didn’t mind postponing. Why do good news ALWAYS come when I have travels?! Oh well, I don’t mind! Keep it coming as it means another travel for me too! 😀 I just hope to be back in Taiwan really soon and see more of their sceneries! In fact, doing this post puts me in the verge of looking for tickets now. 😀

Where To Stay In London

Lush Angel Heads Off To Shanghai 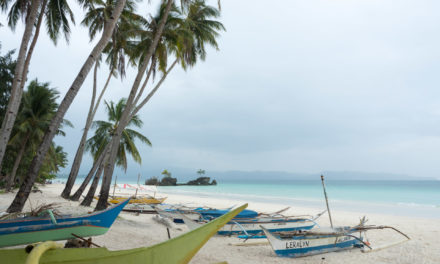