Isn’t it annoying when you can’t use your favorite white top anymore because of yellow stains in the underarm area? No matter how many times you wash it, they just won’t come off. The culprit: Deodorant. The same thing happens with dark textiles. The white marks that appear after application are mostly residues of the antiperspirant salts used in the deodorant, but can be generally washed out easily. These are what NIVEA Deodorant Invisible for Black and White addresses. Black stays black and white stays white for longer.

Over the past seven years the scientists at Beiersdorf have been thinking in black and white, developing a new generation of deodorants that leave no white marks on dark fabrics and also minimize yellow stains on light-colored textiles. Nivea’s product developers joined forces with the textile experts at the Hohenstein Institute to identify the cause of the problem.

The result of the successful search is a textile protection technology, a sensational innovation that can be found in the new deodorants from NIVEA Deodorant Invisible for Black & White. With the new technology, the substances that cause staining cannot adhere so effectively to the fibers, so they’re easier to remove during washing. 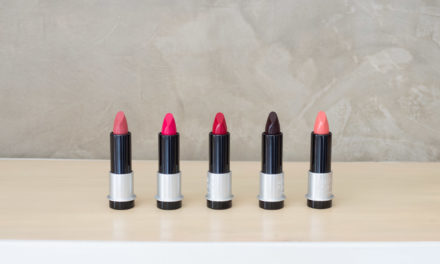 MAKE UP FOR EVER Artist Rouge Light Review, Swatches, Price