It has been a while since I last made a tech post. I realized I have to do more of these as I also love gadgets as much as I love fashion and beauty. 😀

Anyway, last Thursday, Gionee launched their latest smartphone here in the Philippines. For those who are not aware, Gionee Communication Equipment Co. Ltd is a China-based mobile phone manufacturer established in 2002. 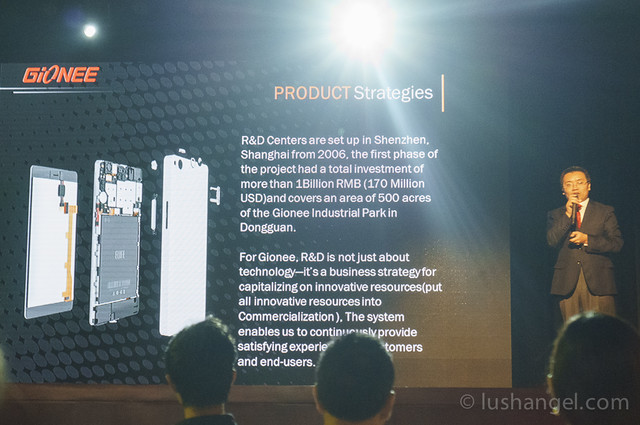 Gionee is slowly getting into the industry as they bring us really competitive mobile phones. They just showed they could compete with the leading companies in the market as they launched their flagship smartphone in the ELIFE series, the Gionee ELIFE E6. To be honest, I was extremely surprised and amazed when I read the specifications and features of this handset. I will tell you more about it later on. 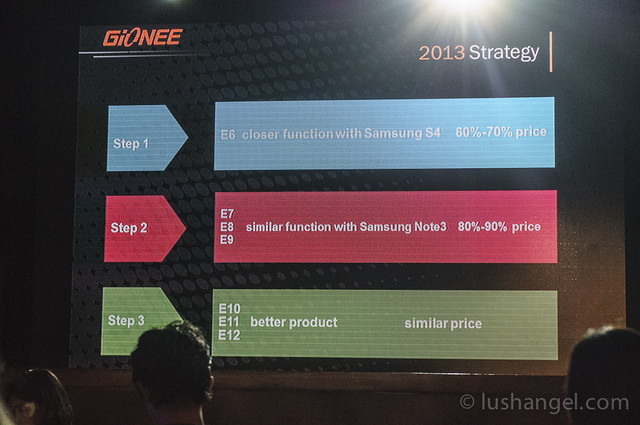 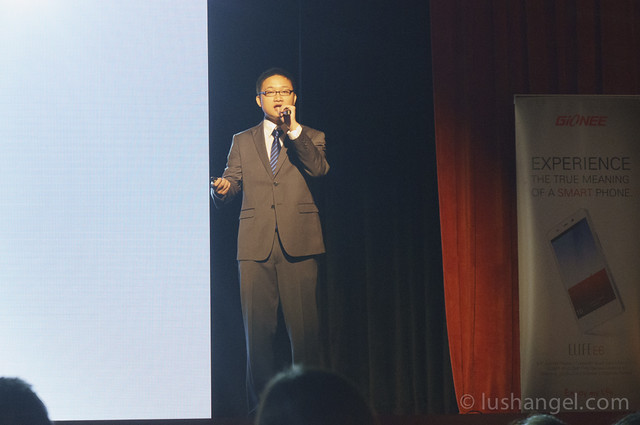 Gionee ELIFE E6 comes in sleek, glossy finish pearl white and stunning black. It has 2.54 mm narrow edge, is 7.7mm thin and weighs 128g. It feels pretty much solid that even those with bigger hands wouldn’t have a hard time using it. 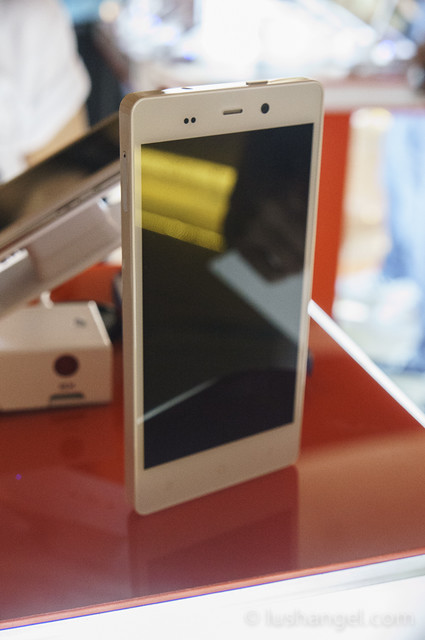 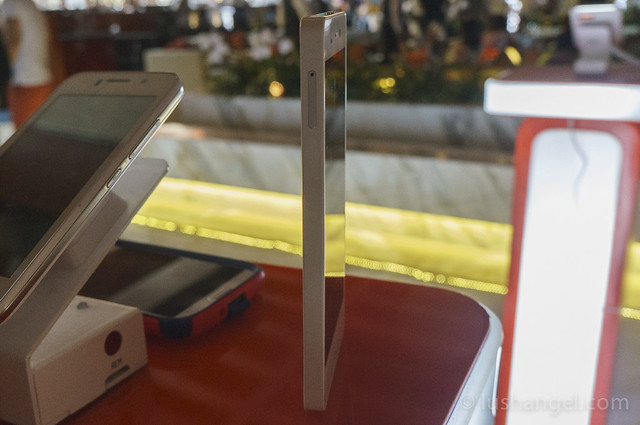 The design is actually similar to iPhone, don’t you think? 😉

Here’s how it looks beside Samsung S4. Take note that my S4 looks a lot more bulky because of its casing, but it is just a little bit heavier at 130g and thicker at 7.9mm. 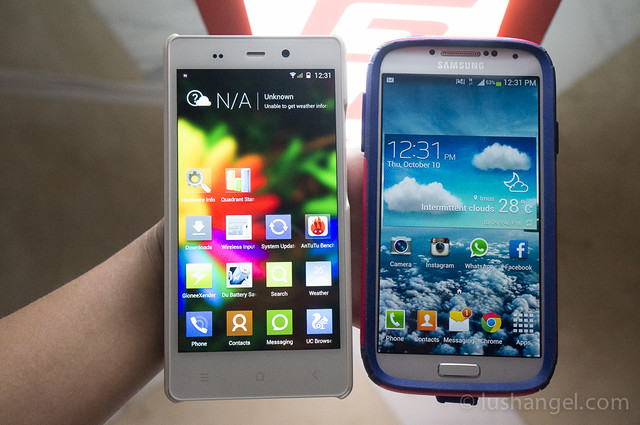 It has 5.o” full HD 1080P LTPS (Low Temperature PolySilicon) Display with One Glass Solution. I find the display very sharp and vibrant. 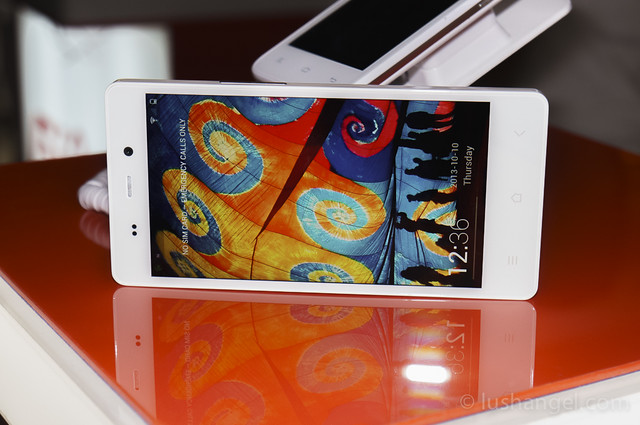 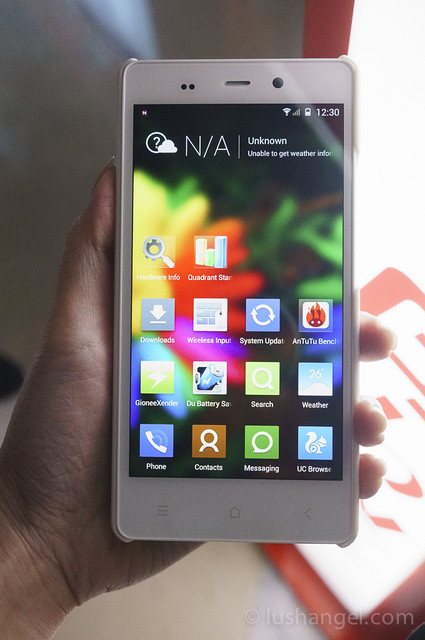 Gionee ELIFE E6 is now available in the Philippines for PHP 18,990. It comes in black and white with matching color cases already.