Have You Tried Taking Whitening Capsules?

I consider myself having fair skin. But after several beach trips and my recent vacation in Laos, my skin became uneven. My arms and shoulders are relatively darker than the rest of my body since I went around Laos wearing sleeveless. I wasn’t able to reapply sunblock, which resulted to my tanned skin right now. It has been a month now since my trip, but my skin’s color hasn’t returned to what it used to be. I was recently introduced to Met Tathione capsules and I gave in, hoping to bring back my whiter and healthier skin. I’ve already started drinking it yesterday. What made me decide to choose Met Tathione? Read on. 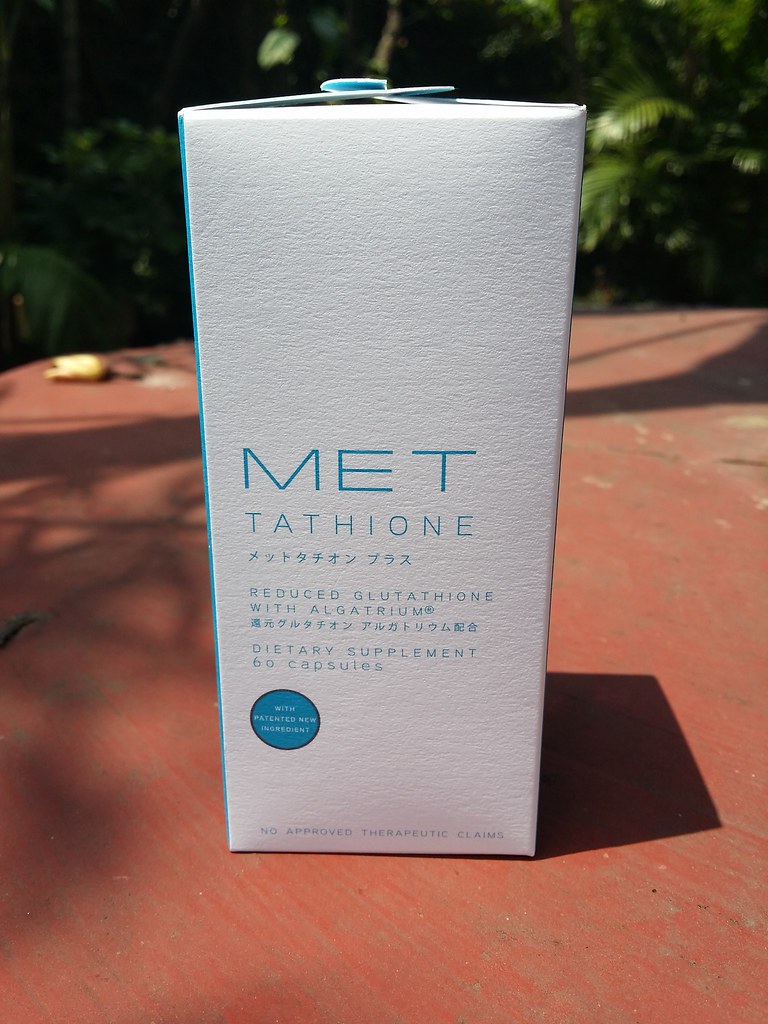 Met Tathione capsule is a dietary supplement that can whiten and bring out that radiant glow of the skin. It’s just like taking my regular vitamins, but with whitening effect. It is sourced and manufactured in Japan. 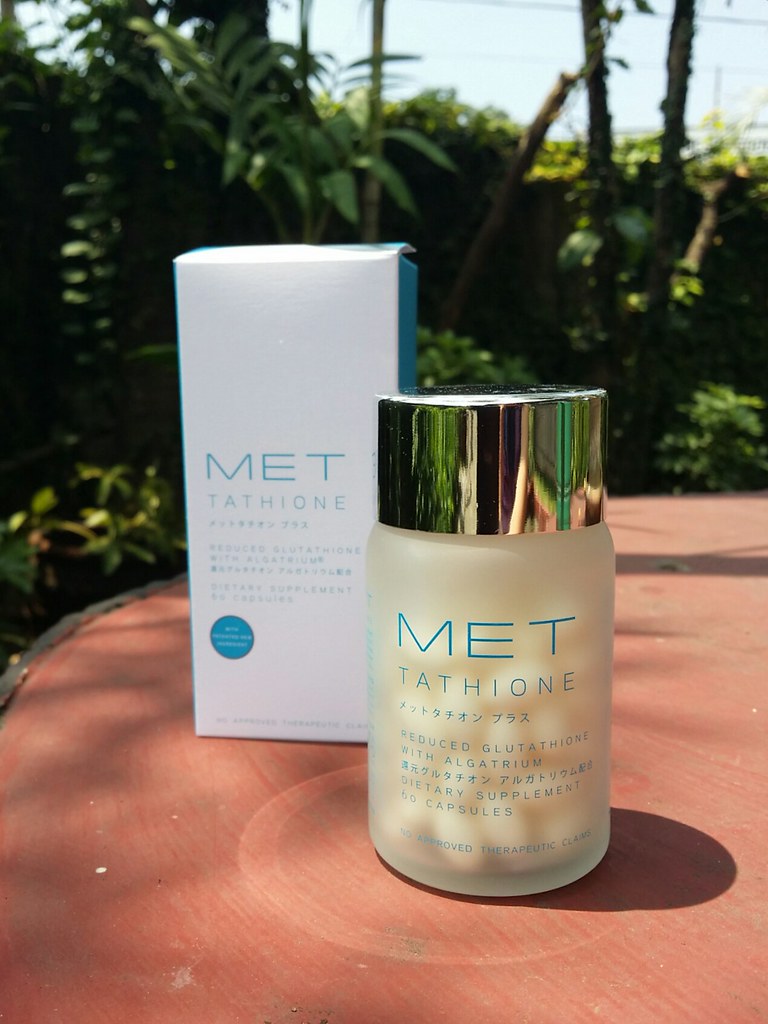 What makes Met Tathione different from other whitening capsules?

Met Tathione now has Algatrium, a patented antioxidant found only in the new Met. Algatrium also produces more glutathione that is naturally found in our body, which makes the product more effective in whitening.

Reduced glutathione, the safe and most potent form of glutathione, is the main ingredient in Met Tathione products. Glutathione is not all about whitening. It is actually great for the health since it prevents oxidative stress in cells. It is in fact referred to as the master antioxidant. 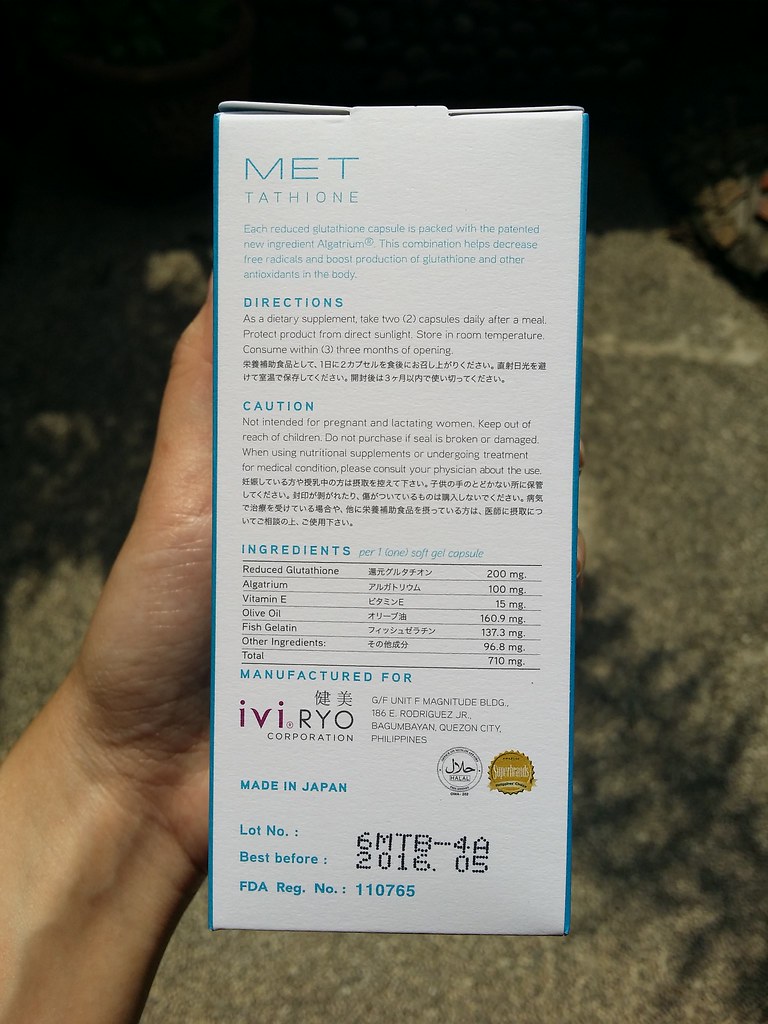 As seen in the instructions, I’m taking two Met Tathione capsules daily after a meal. I will definitely write about a review after a month of drinking Met Tathione. I actually can’t wait to see the results. 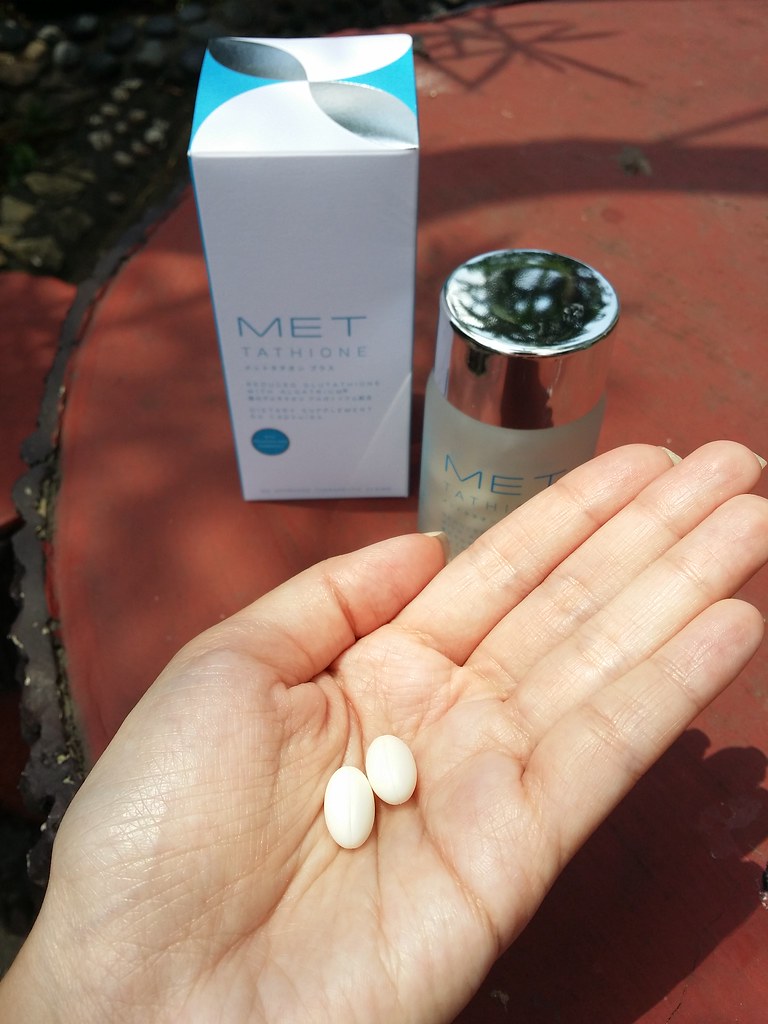