LOL! Just fooling around! 🙂 As we all know, it has been a Chinese tradition to give tikoy (rice cake) to friends every Chinese New Year. Because of its sticky texture, it is believed that eating tikoy keeps the family close. Now I’m expecting to eat rice cake every morning because of the boxes of tikoy at home. Hehehe! 🙂

So how was my new year? Well, my family and I always have dinner on New Year’s eve. Last night, we celebrated it at my aunt’s place in China Town. I was fortunate to watch a dragon dance even if it was already late that night. Take a look at some of the pictures below. Some are blurry though because of the smoke from the fireworks.

Oh yeah, I just wanna share that Golden Fortune is a good place to eat shabu-shabu. Hahaha! What’s even better is the price of their shabu-shabu is cut into half when the clock strikes 9pm. Hahaha! Oh and can I just say, I love having a massage at Peace Hotel (the one beside Golden Fortune). I swear it is even better than the posh spas out there! 🙂

Anyway, moving on… I thought I could start the year of the Tiger with a bang! Well, not quite I guess. It didn’t start so good for our family. At 3am, I received a text message from a relative that my cousin was rushed to the hospital, cardiac arrested for 12 minutes, then comatose. At 6am, my brother texted that he died. We couldn’t believe that he would leave us that fast and at a very young age. We just hope and pray that he finds eternal happiness in the hands of God. To Jasper, you will surely be missed… 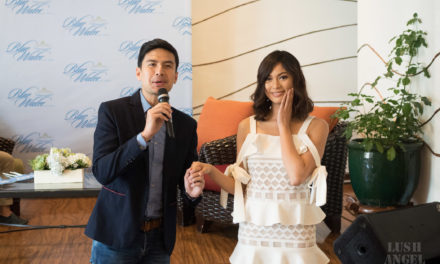 How Do Celebrties Deal With Stress Through Blue Water Day Spa

How Can We Help Stop Animal Testing?