Ayala Museum’s DesignTalks is a lecture series that brings prominent and pioneering Filipino creative professionals to the center stage. Lined up for this April is the creative duo who call themselves Everywhere We Shoot, scheduled to talk on 16 April 2011, 3:00 pm at the Ayala Museum Ground Floor Lobby, and whose works will also be on exhibit at the Third Floor Glasslane starting on the day of the talk.

Composed of Ryan Vergara and Garovs Garrovillo, their moniker is not just the duo’s name but also a statement of intent, a manifesto of sorts in praise of the ambulant imagination. They both trained at the De La Salle-College of St. Benilde’s School of Design & Arts (Ryan was a Multimedia Arts major while Garovs was in Fashion Design and Merchandising).

Their work has appeared in almost every major magazine in the country as well as a number of publications abroad. They’ve also done commissions to do brand campaigns, record sleeves, and lookbooks for top Filipino designers.

They’ve established an inimitable style of art through photography, fashion, and graphic design—characteristically ironic and playful and always with a hint of humor. They simplify the complicated, and exaggerate the basics. The success of their partnership is that they create images that refuse to stay put.

Tickets are sold for Php300 regular rate, and discounted at Php150 for students, teachers, senior citizens and Ayala Museum members.

P.S. I knew Garovs and Ryan through a common friend. This creative duo did the pre-engagement shoot of my friend and I’m left speechless with the outcome. Hands down! 😀 Please support them on their first solo exhibit. How I wish I could go there to see more of their work. Again, congrats Garovs and Ryan! 😀

Where to Celebrate Mother’s Day? 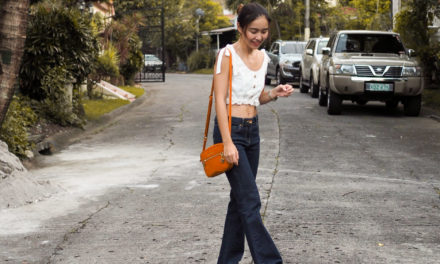