I’ve been a fan of Wicked ever since I first watched it in London back in 2009. I can still remember how I laughed so hard and cried buckets of tears. Was I PMS-ing that time?! I can’t recall! All I know is that it’s one of my favorite plays I’ve seen. So just imagine my reaction when I received an invite for the MAC Greening event, a makeup session to demonstrate how to do Elphaba’s stage makeup and how to create a Wicked-inspired look. Of course, I said YES!

And to my surprise, Jacqueline Hughes and Carly Anderson, who portray Elphaba and Glinda in London, were the actual “models”!!! I died a little, you know! Haha! If you’re wondering, the stage makeup of all the actors in #WickedManila2017 were provided by MAC Cosmetics. Woot! Congratulations, MAC! 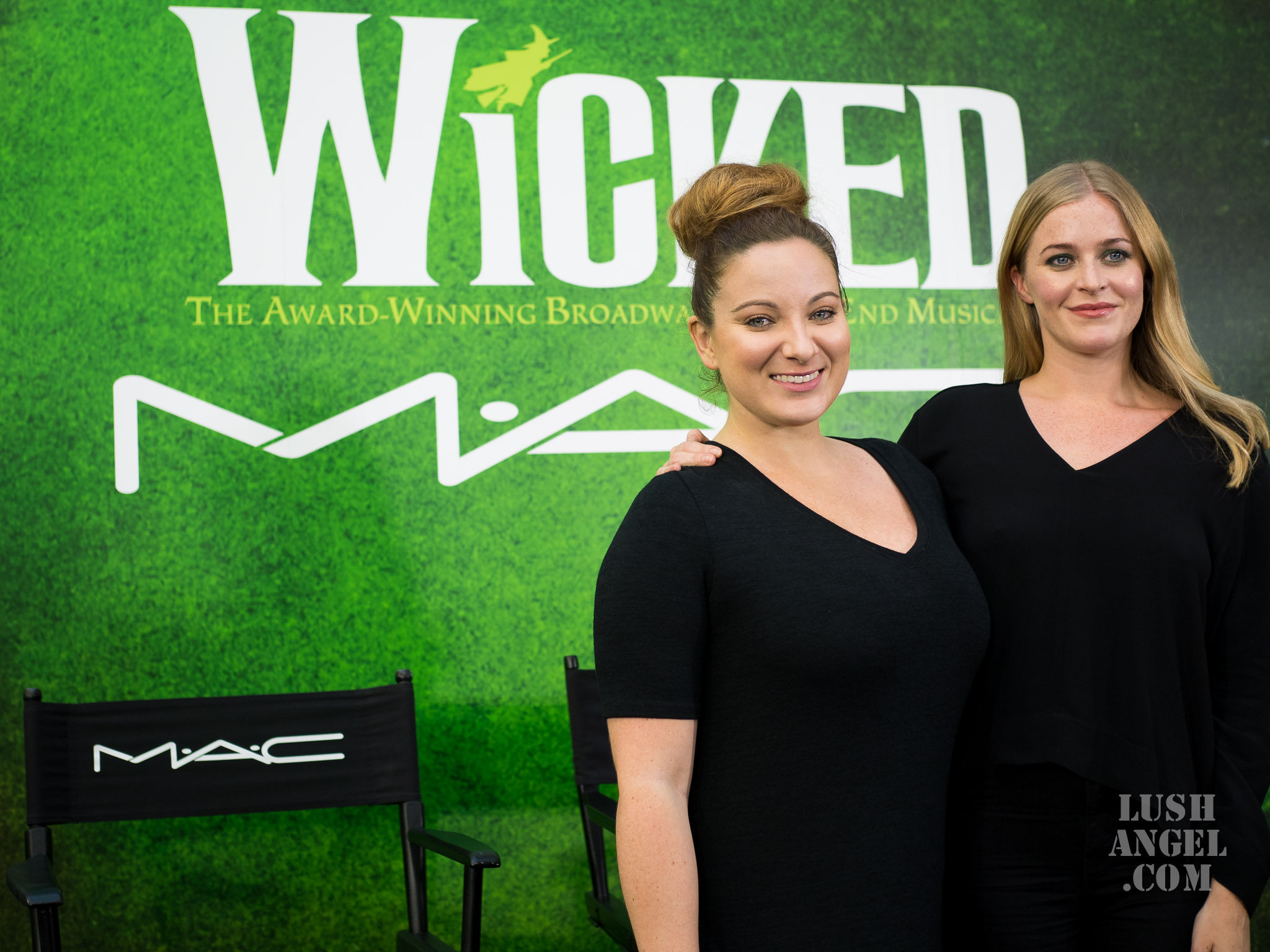 The first part of the program was the demonstration of how Charlotte, makeup artist of Wicked international tour, does Elphie’s look. Would you believe it only takes 20 minutes to “green” her and to complete her look? Yup! Here’s how she does Elphaba’s stage makeup.

She applies primer on all areas where she would put the green paint – so that includes the neck. 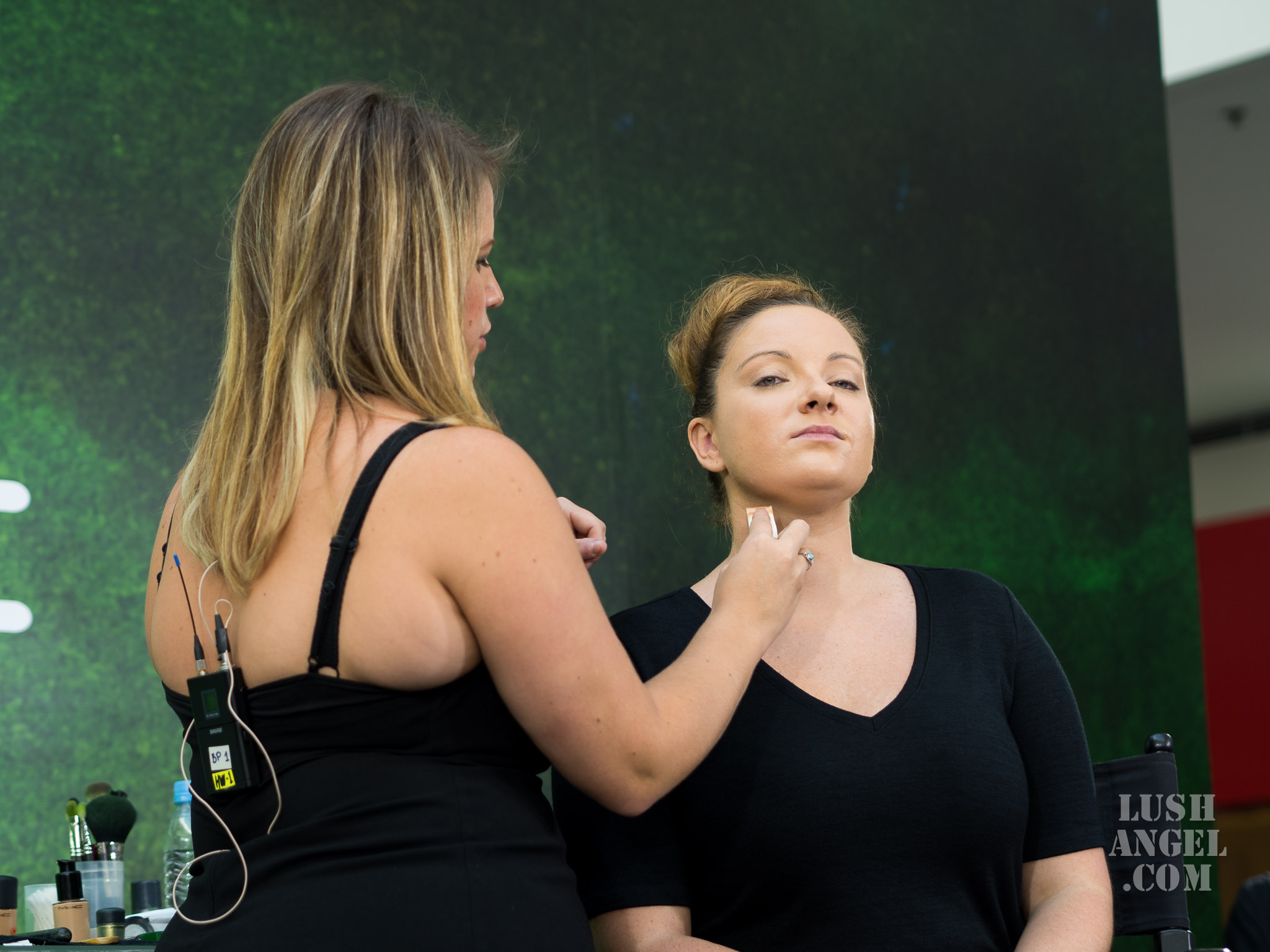 She then layers it with the MAC’s Acrylic Green Paint and sets it with translucent powder. 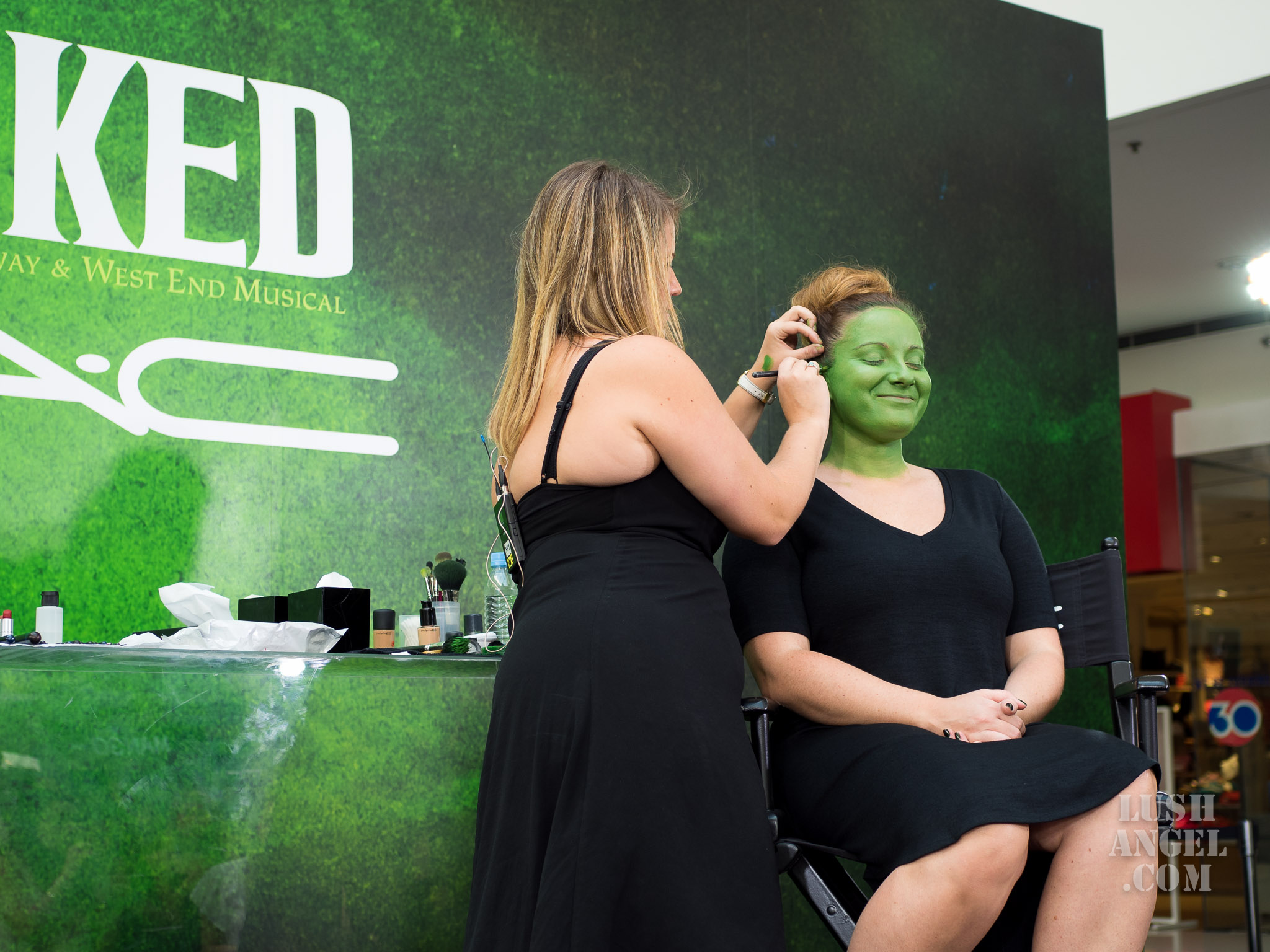 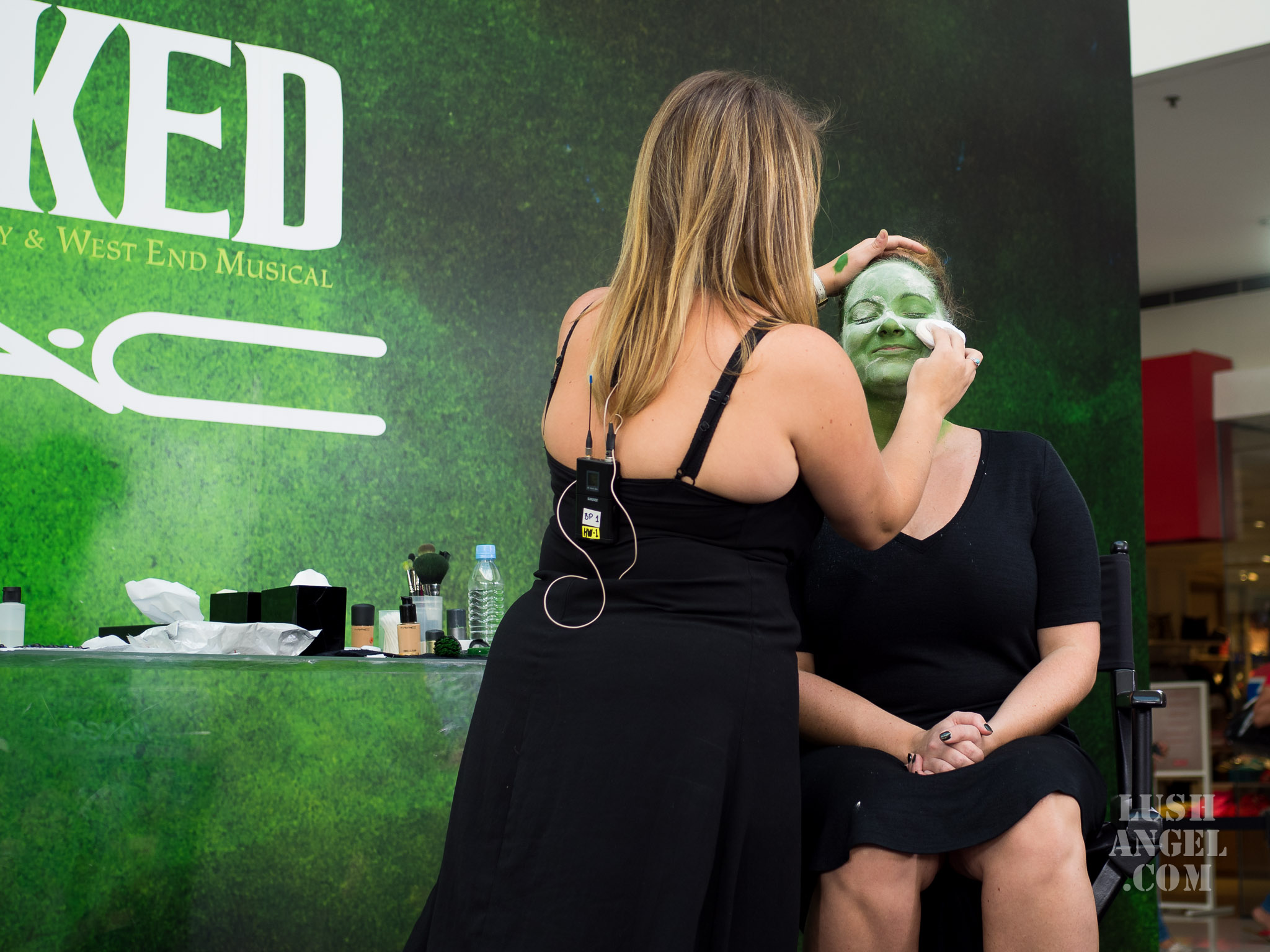 She pats more loose powder under the eyes to catch any eye shadow powder that falls off from brows and shadows during application. 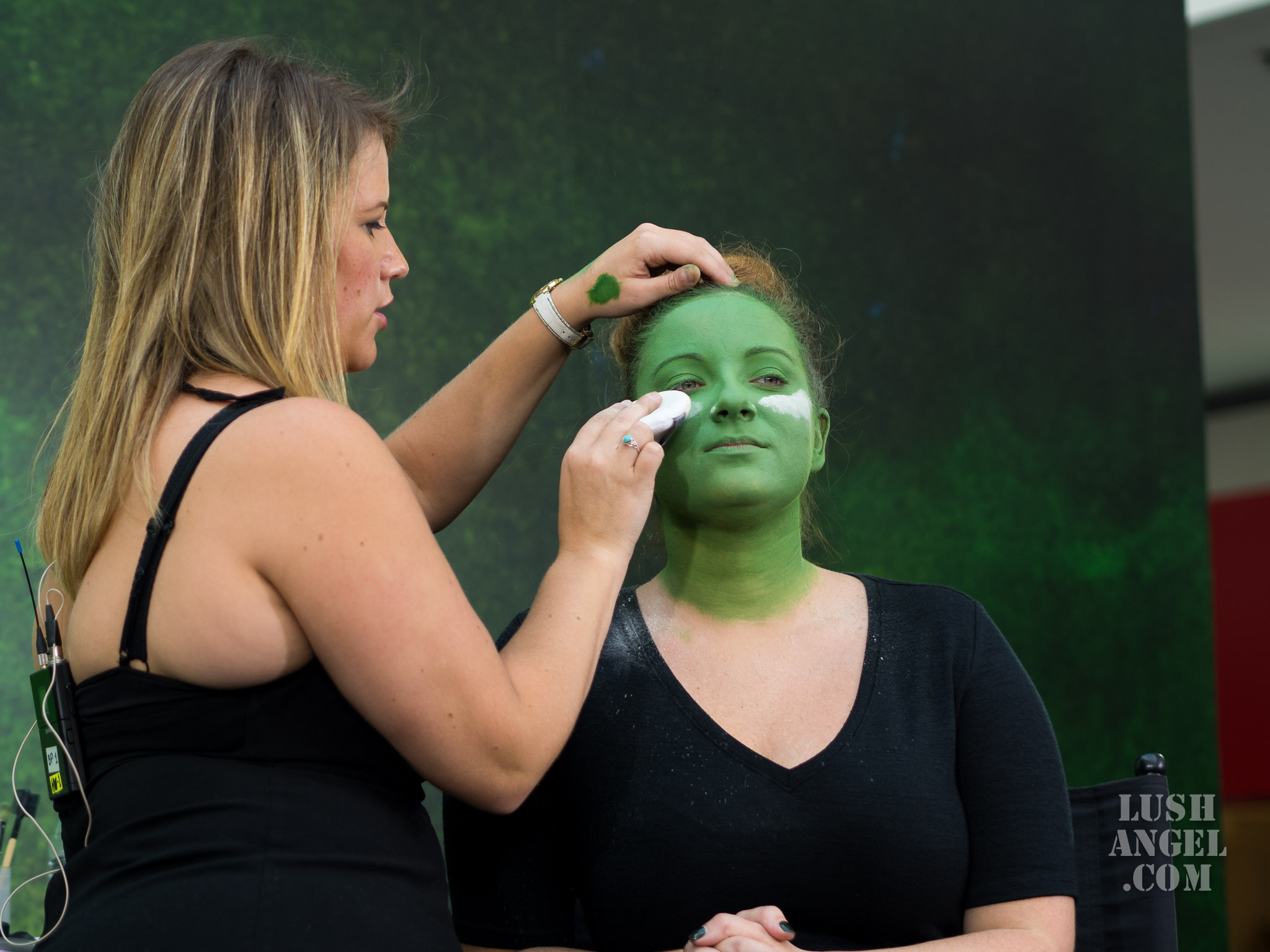 For the well-defined brows, she uses Carbon eye shadow. Now for the contours of the eyes, cheek bones and jawline, do you know that they actually use Purple eye shadow? Apparently, this goes well with green! Interesting! And it turned out really good!!! 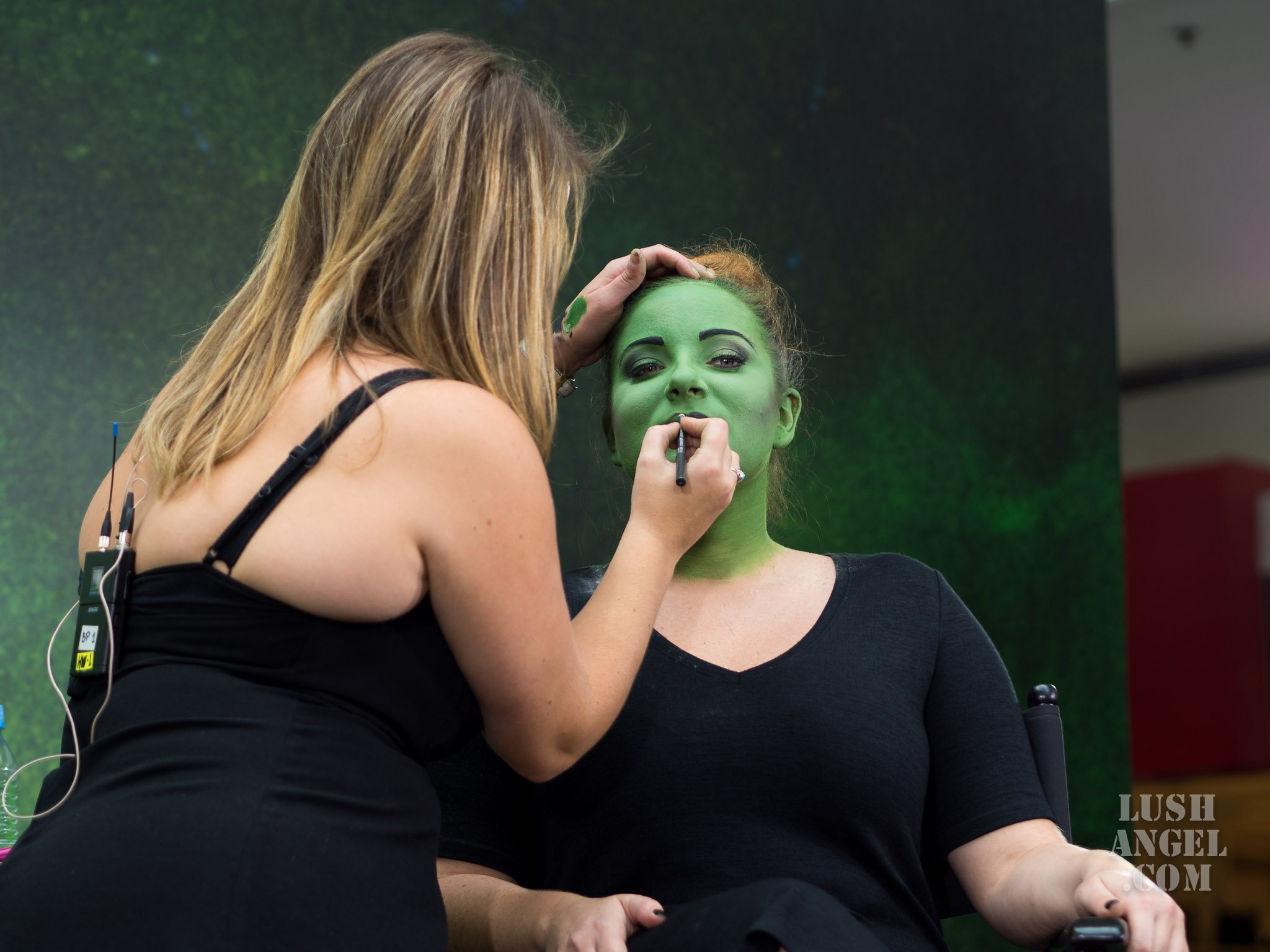 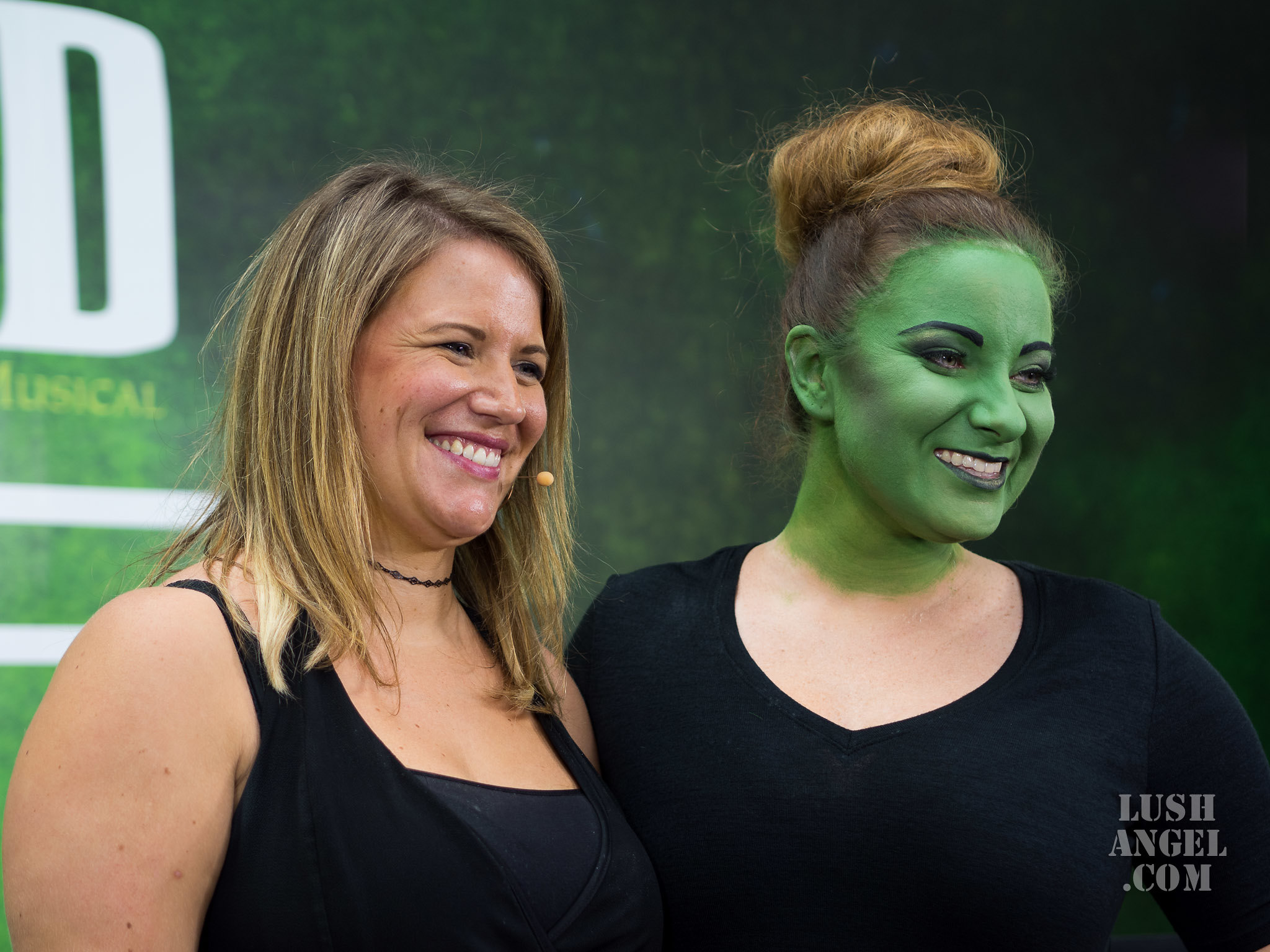 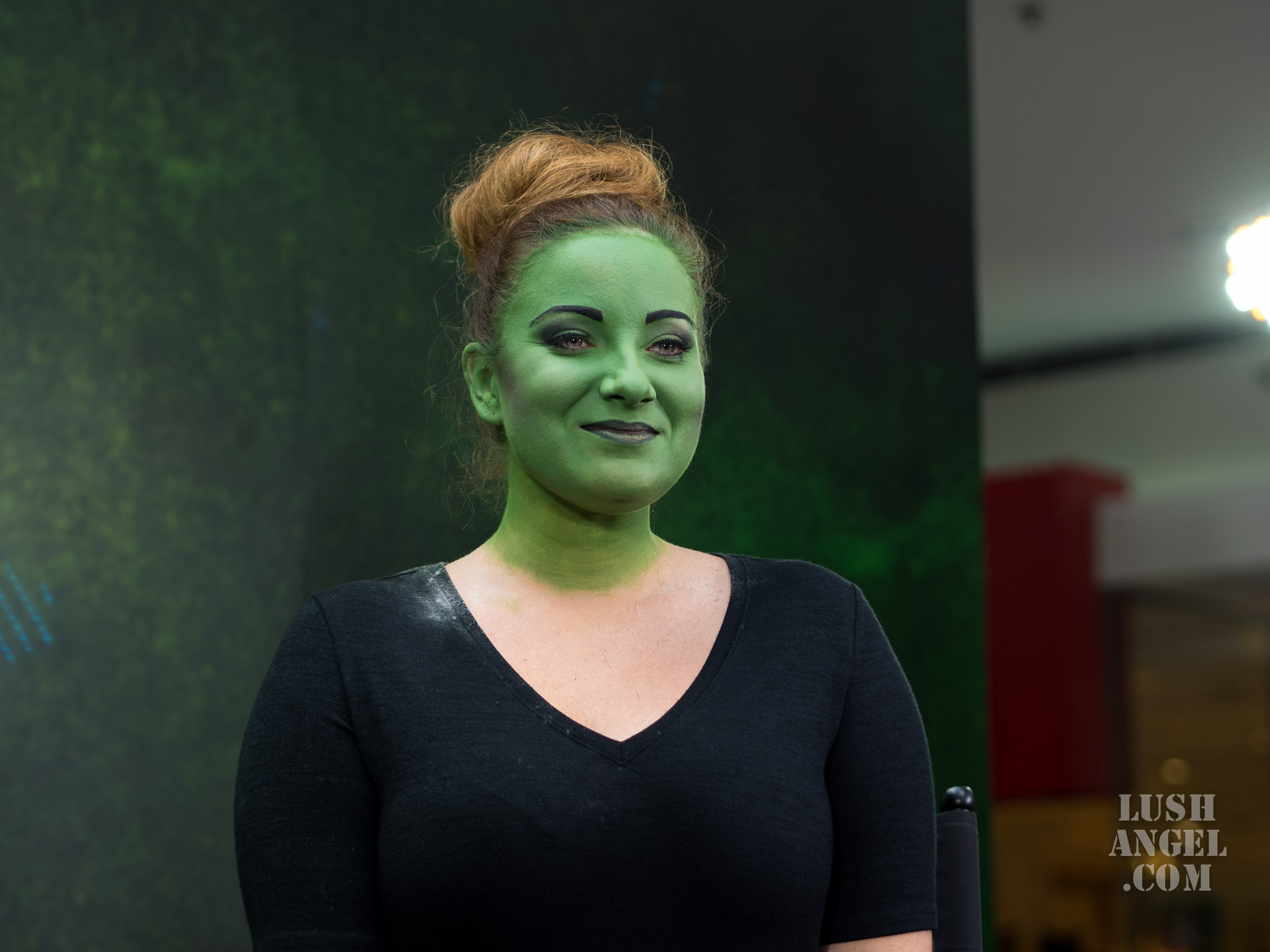 The second part of the program is the Wicked-inspired makeup. Don’t worry, you don’t have to be green all over! A touch of green is the key! I promise, you’d want to try the look after this!

Ryan Wong of MAC Philippines did the Wicked-inspired look to Carly Anderson a.k.a. Glinda in Wicked.

First, Ryan sprayed Prep + Prime Fix+ mist all over her face. As the name implies, it could be used to prep the skin and as a finishing touch to seal the makeup.

For the base, he used Pro Longwear Waterproof Foundation, which he also used as concealer. He set everything with loose powder.

For the Elphaba-inspired eyes, he first applied a small amount of primer on the eye area. Then, he used a green eye pencil as color base – starting from the lashline and extending the color up to the lid to create green base for the eye shadow. 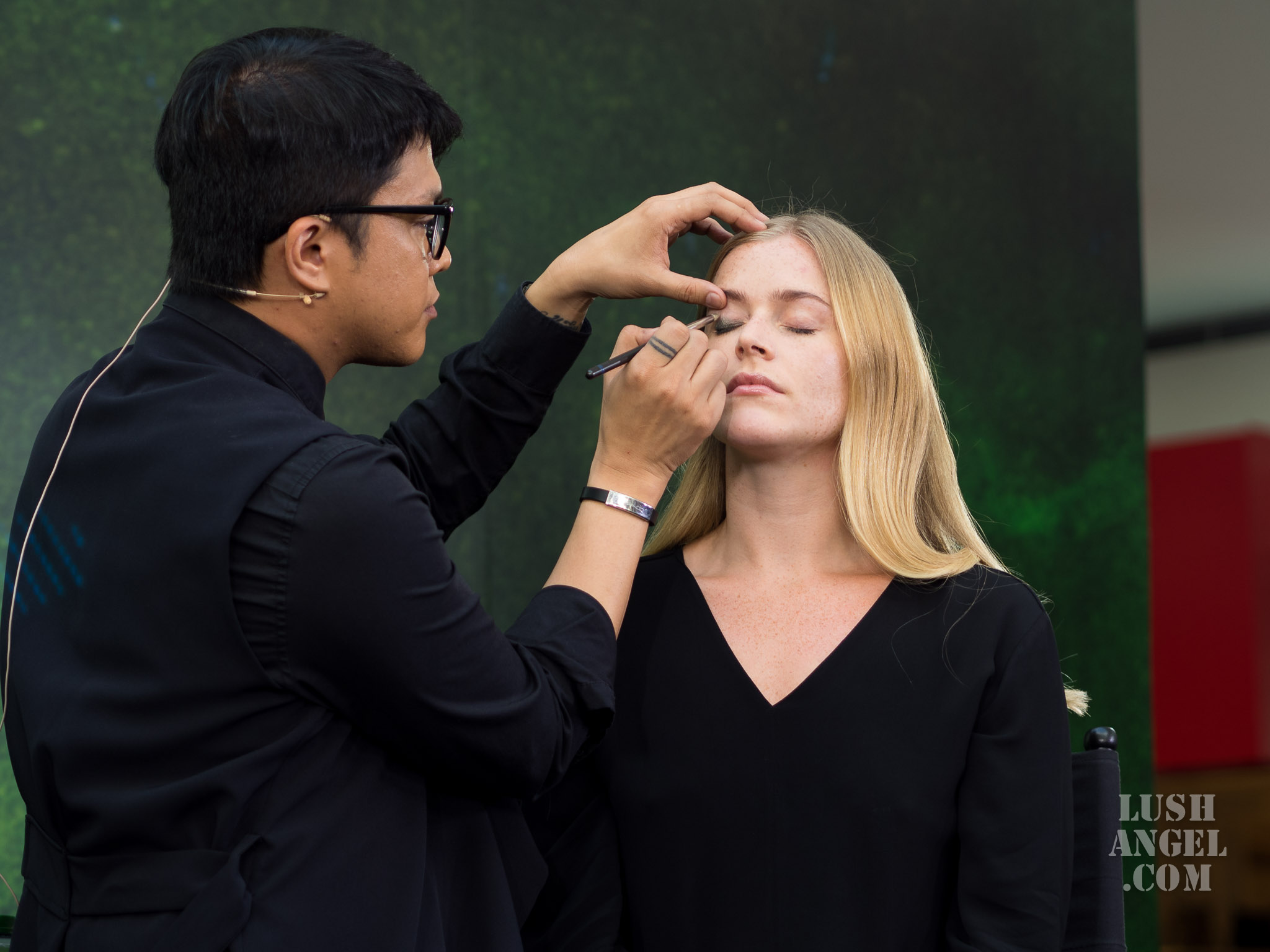 He tapped frosted MAC Humid eye shadow on the lids. 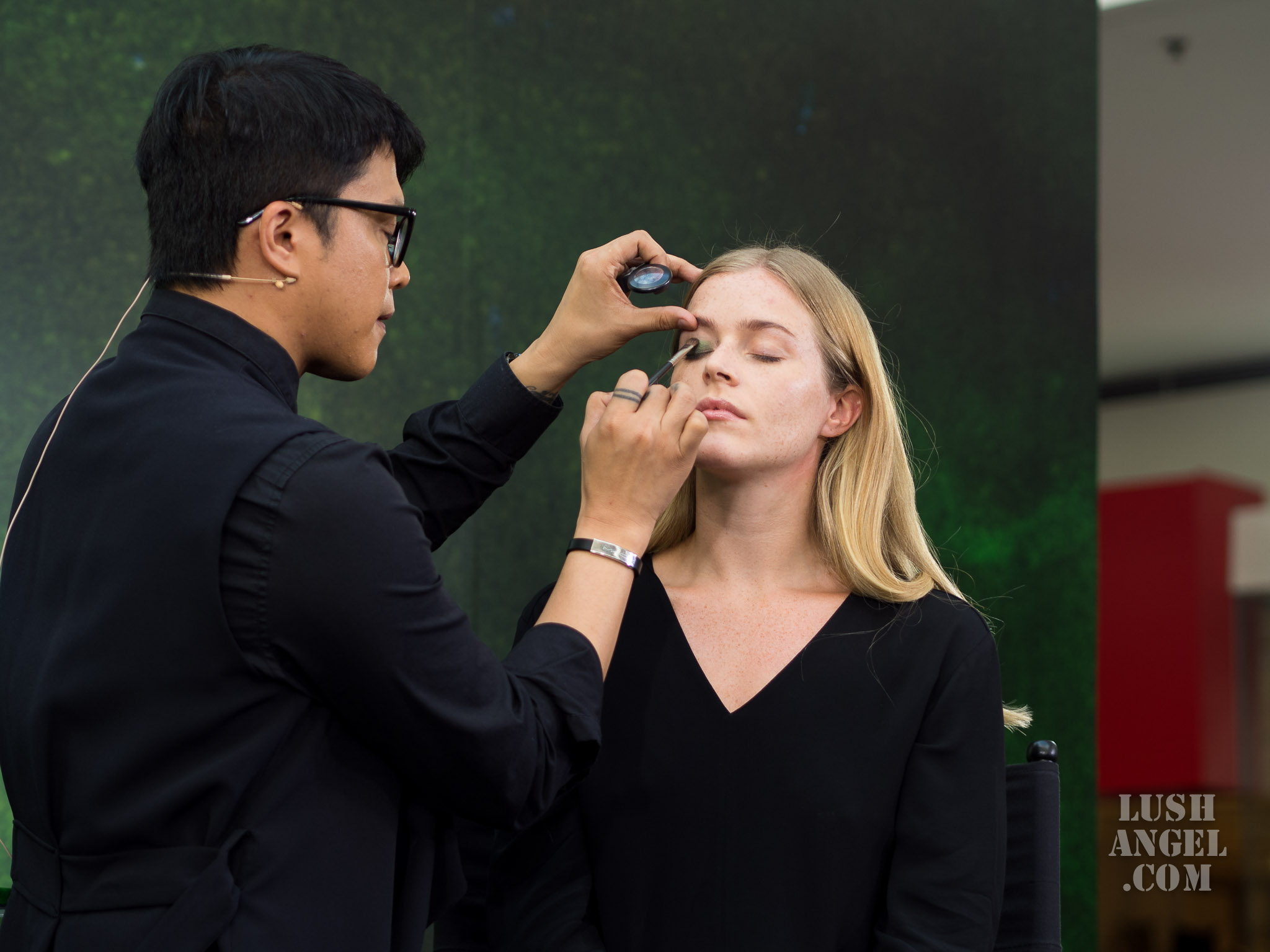 For the lower lashline, he used again the green pencil and smudged it with a brush for a softer look. He also layered it with Humid eye shadow.

For the upper lash line, Ryan used a black pencil liner then smudged. He finished off the eye makeup with Haute & Naughty Lash mascara.

For the cheeks, he used Petal Power blush, which is like a 2-in-1 product since it’s color and highlight together. 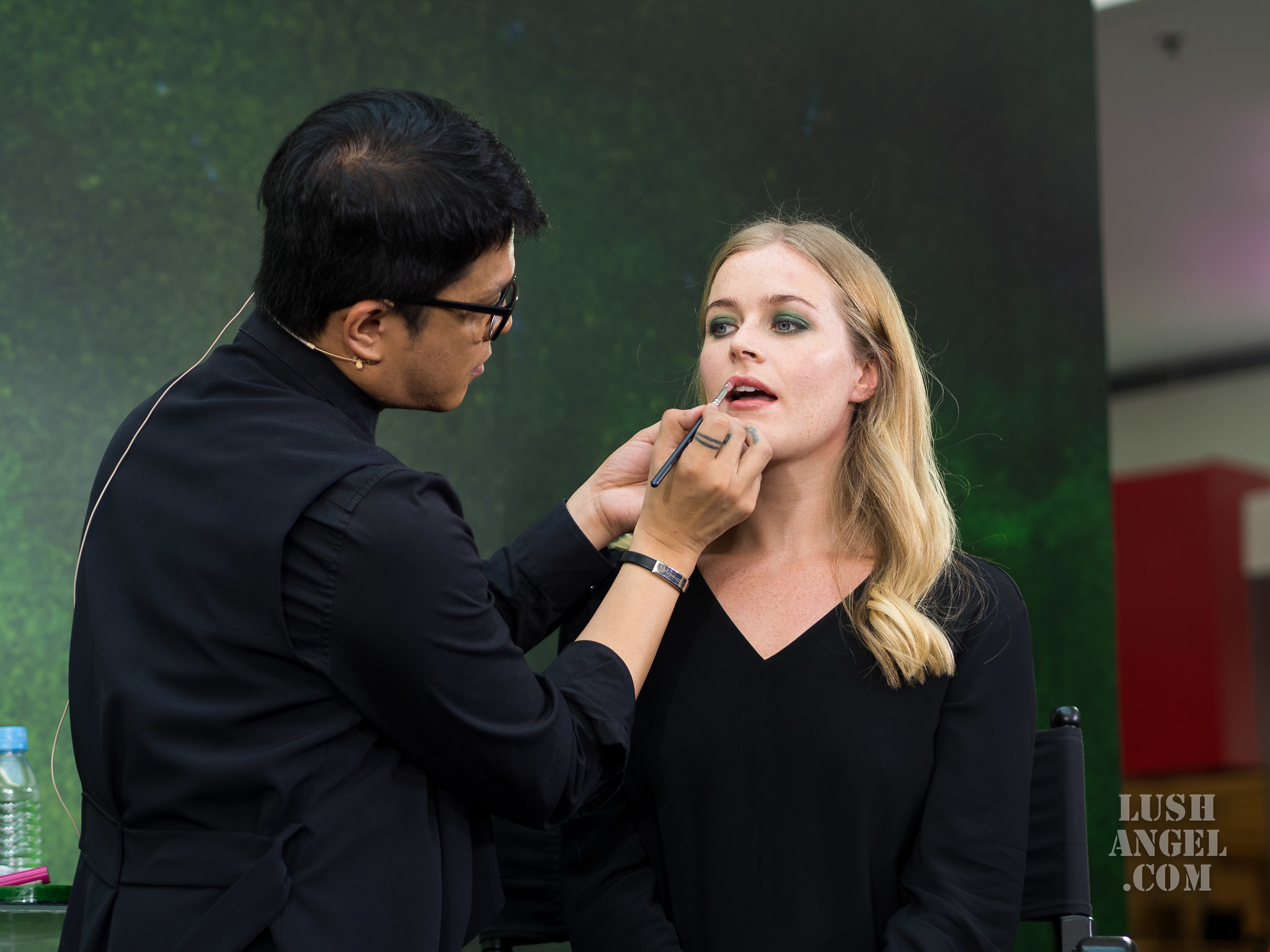 For the lips, he first applied Lip Primer. His tip: Go over the lips for lipsticks to be feather-resistant. He used Cosmo lipstick, a soft shade so as not to overpower the eyes.

That’s it! See, you don’t really have to be all green to pull off a Wicked-inspired makeup. Isn’t Glinda a beauty?! 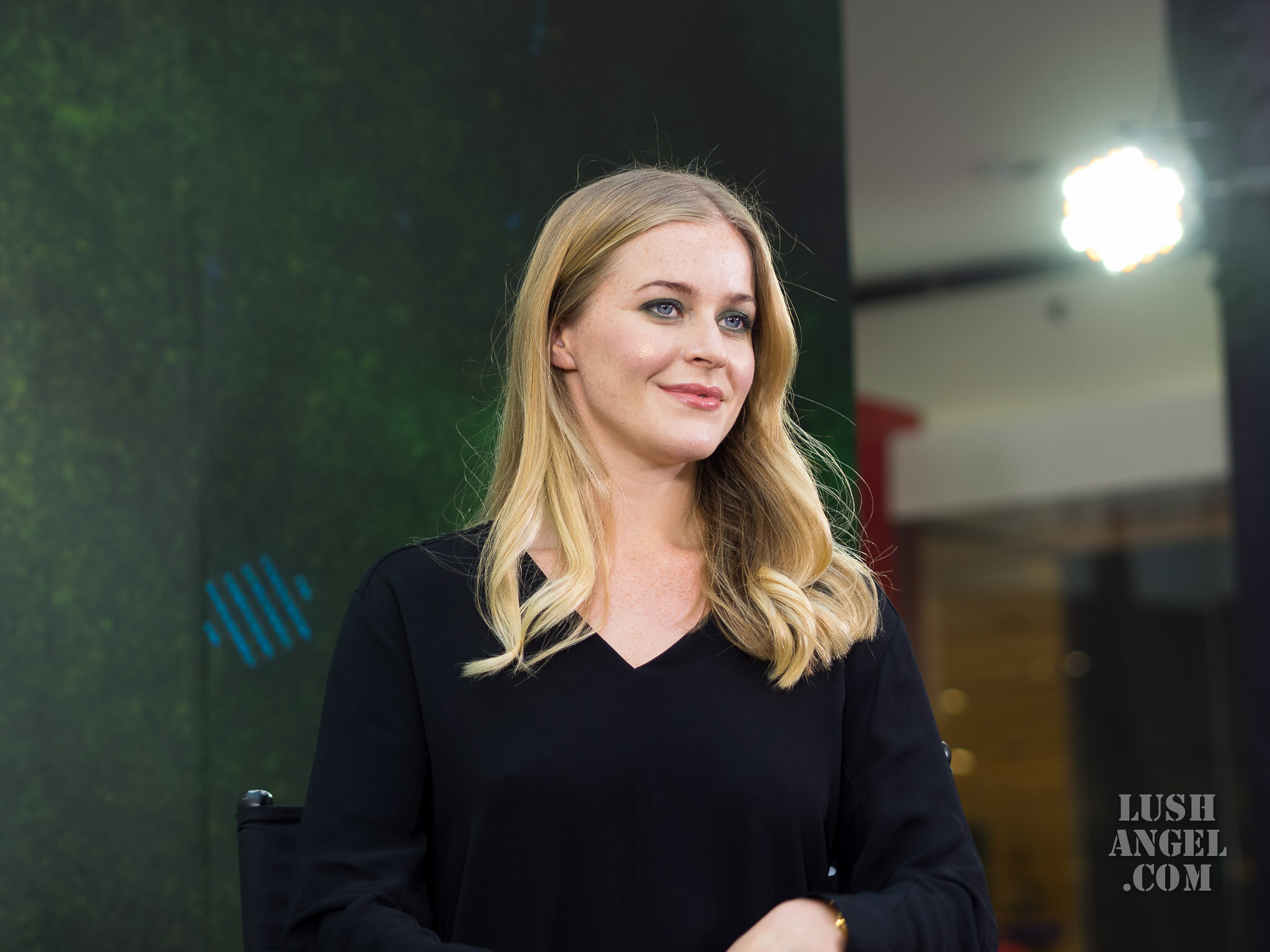 Here’s another Wicked-inspired makeup done by the MAC team… This is also one of my favorites which I will try soon!!! 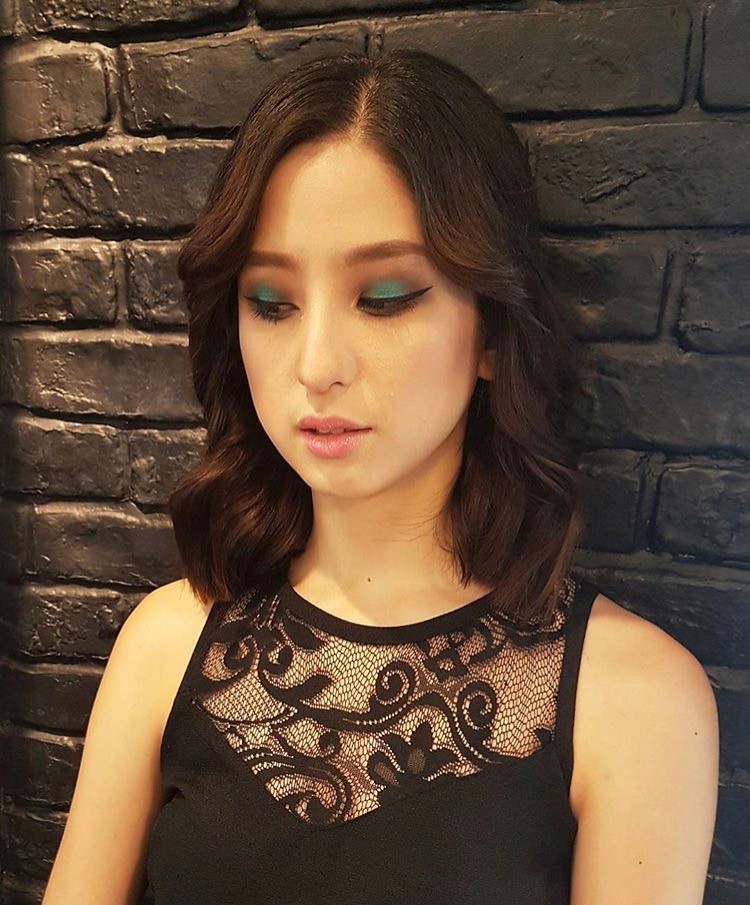 And guess how my day ended… Ahhh… I was able to watch Wicked again!!! 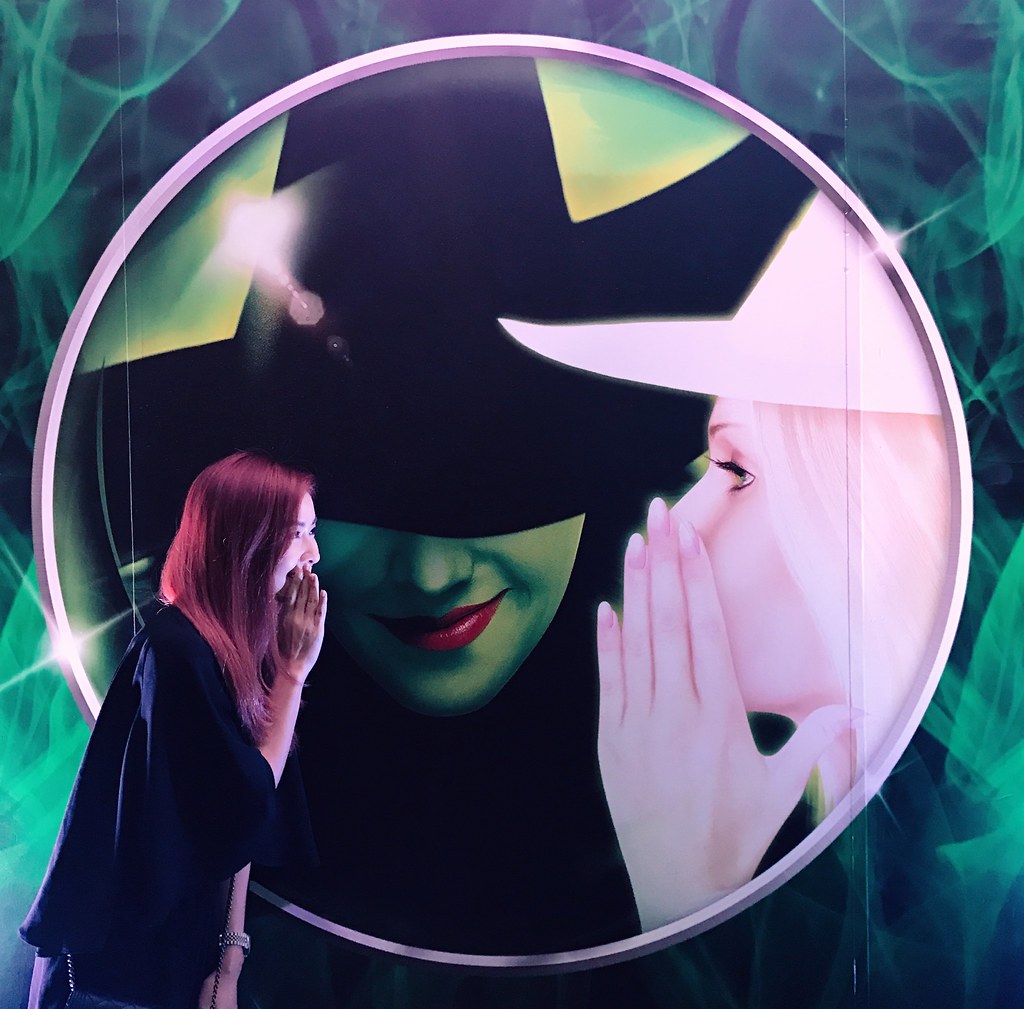 Honestly, I’m still on cloud nine as I reminisce all my favorite scenes! The entire cast was amazing! It’s as if I was watching it for the first time – and yes, I was still emotional! Whew! For those who haven’t seen it, I highly recommend! They extended their show until March 19 and I think they currently have promos. 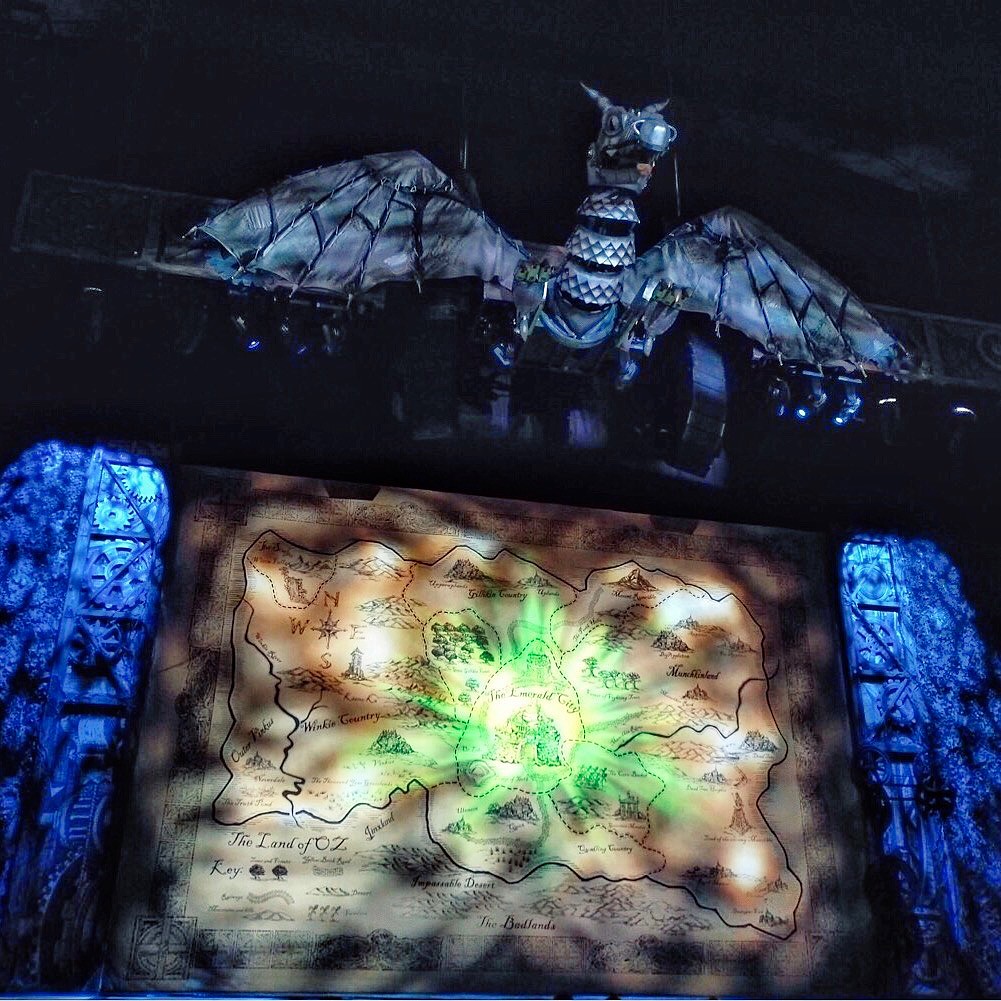 Thank you so much to MAC Cosmetics Philippines for this “Wicked” day! Definitely one for the books! 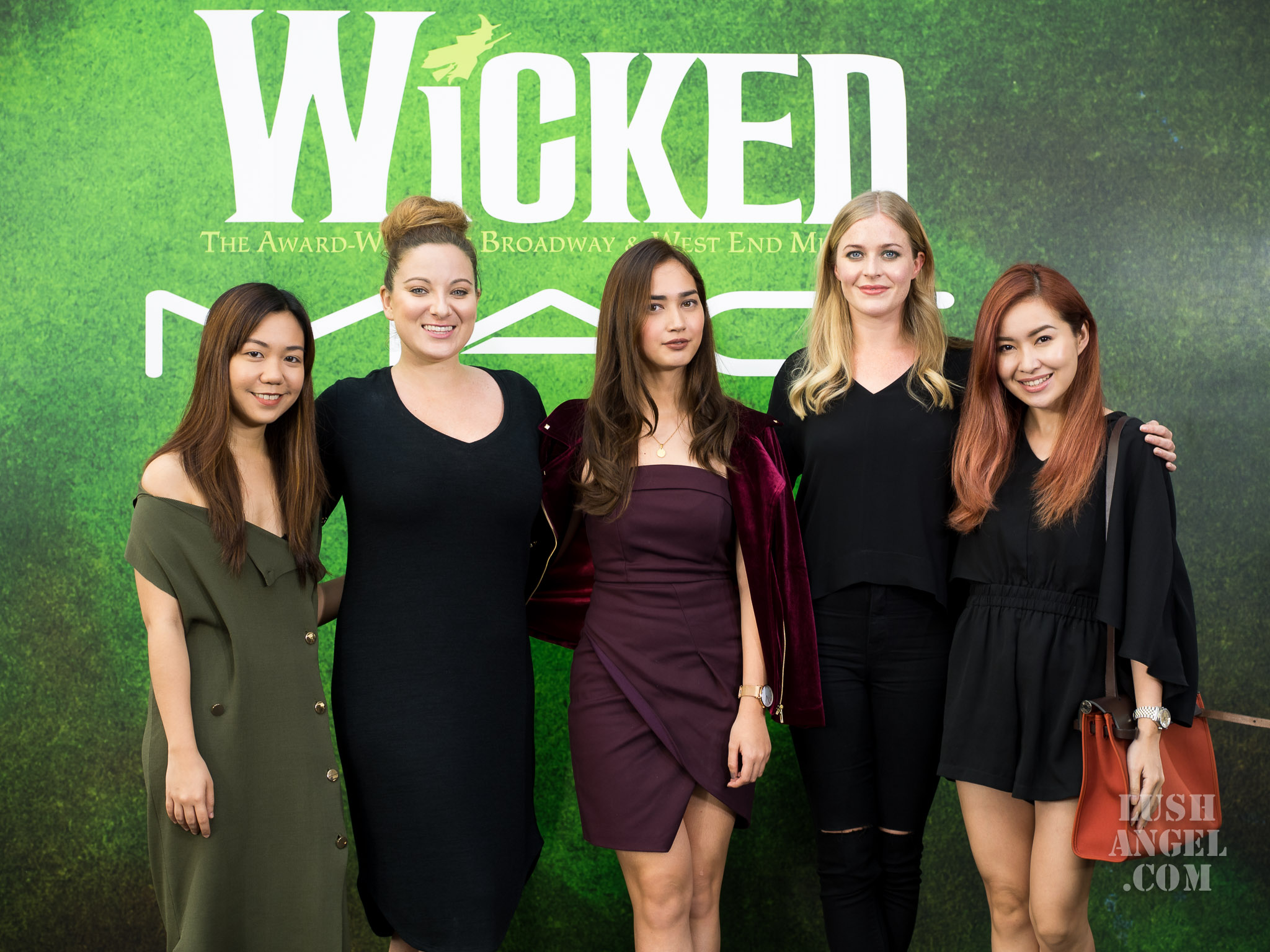