I just realized I haven’t finished my Korea posts… Sorry about that! I can be very forgetful at times (or make that, most of the time)! Anyway, I’ll try to make it up to you guys by sharing my most interesting experience in Korea — a visit to DMZ, the North Korea border. 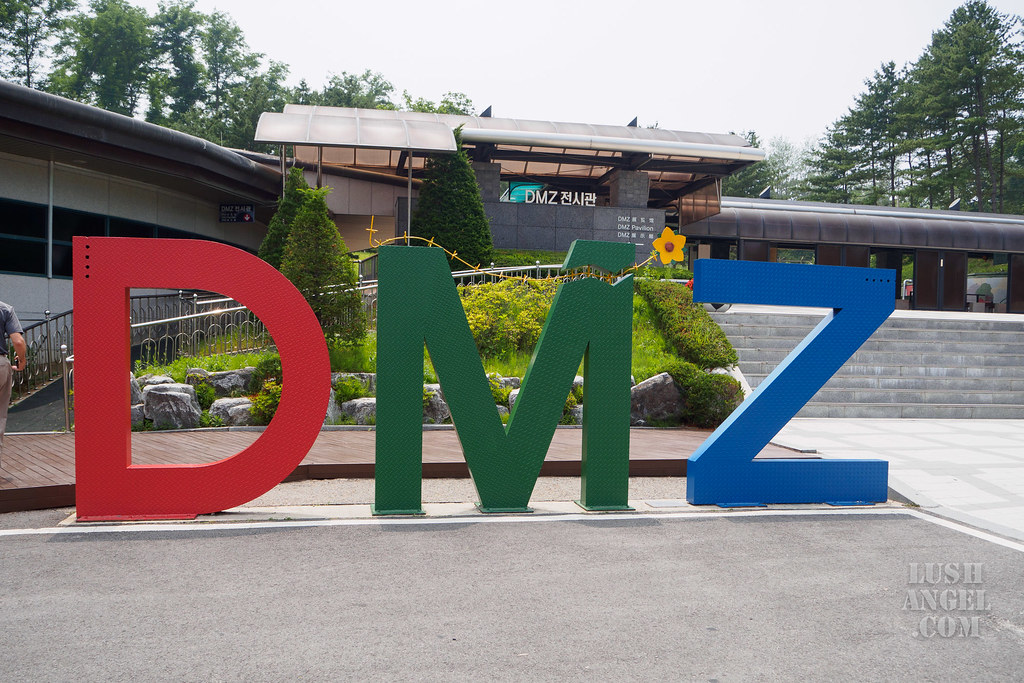 The Korean peninsula is home to a single nation of people with the same language and ethnicity, divided in two. The Demilitarized Zone (DMZ) is a buffer zone, which was established on July 27, 1953 when the Armistice Agreement was signed during the Korean War. The DMZ vividly captures the scars and wounds of the Korean War as well as the wishes and hopes for the future.

South and North Koreas drew a truce line across the Korean Peninsula, from the mouth of the Imjingang River in the east, to the town of Goseong in the west. On either side of the truce line is a 2km-wide stretch of land where military activity is forbidden. The zone has been protected from human disturbance for about 6 decades and has become a haven for wildlife. The destinations in this ecological area have been regaining popularity among eco-driven tourists. 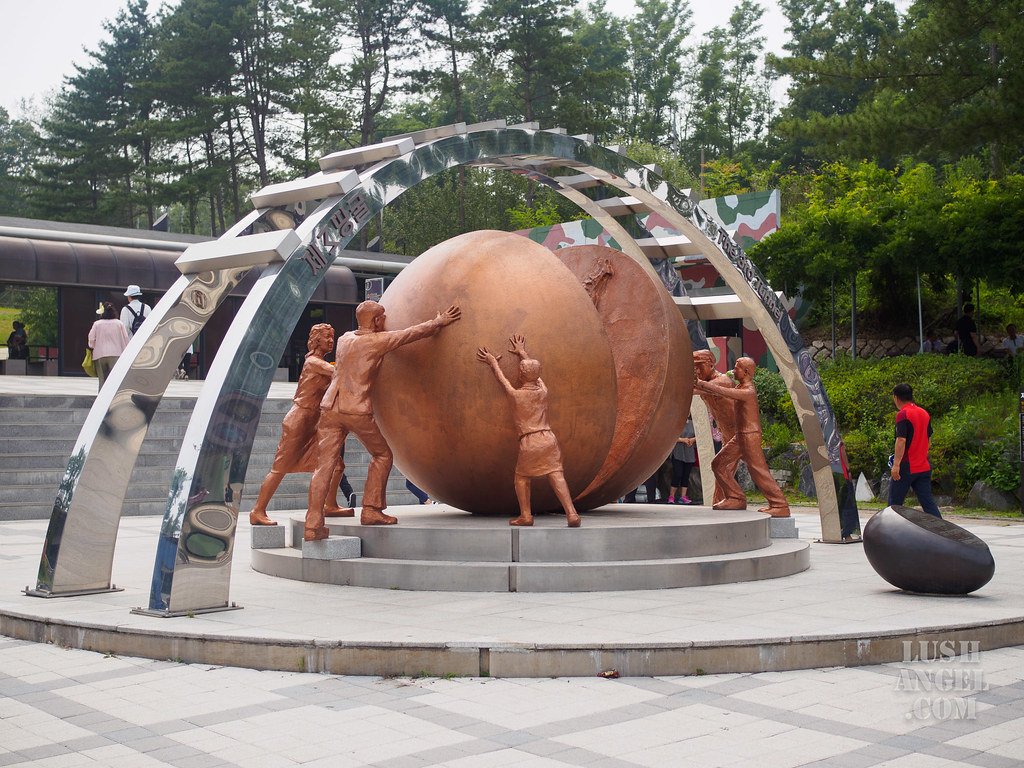 I read in several blogs that DMZ tour can get full so early booking is a must. I booked our DMZ tour via Viator’s website weeks before our arrival in Korea. I got the full day tour, which includes a visit to one of the tunnels in the area. I would not recommend this though since there is really nothing to see in that tunnel. You will just literally walk in the small long tunnel. When you reach the dead end, you can peep through a small opening which is said to be the North Korea side already. What did I see? Nothing. It was just pitch black! So, I would recommend to just skip the tunnel tour if possible to save time and money. 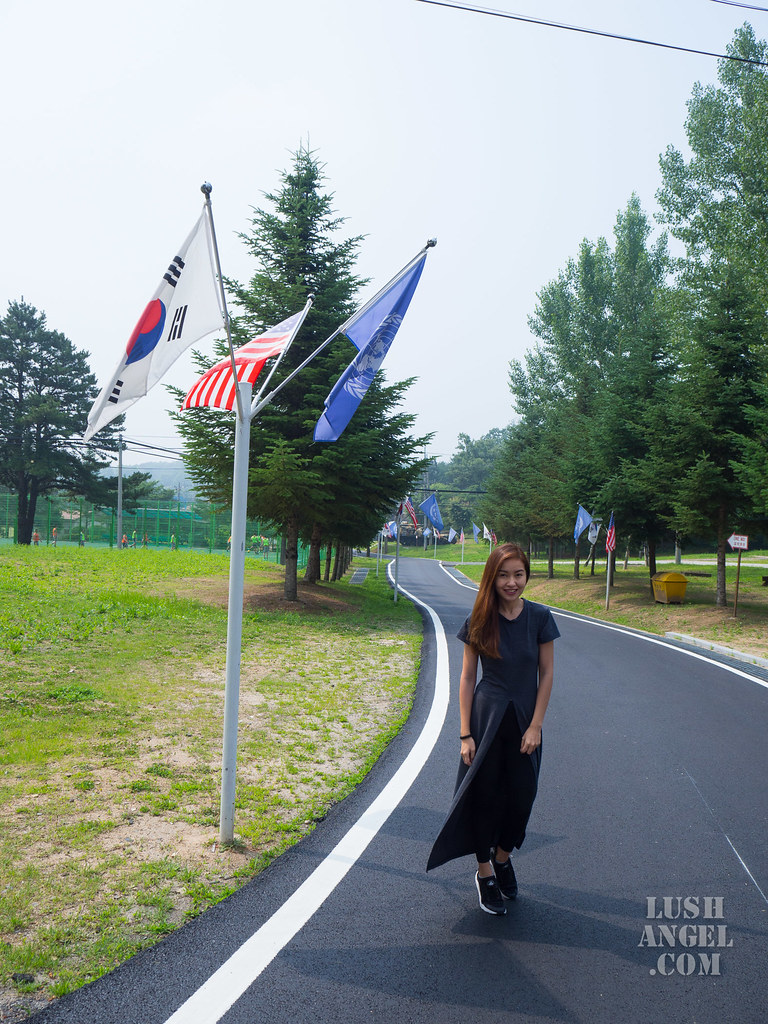 To be honest, I felt nervous and anxious during the tour. There was a feeling of eerie-ness the whole time! The moment we entered DMZ, a military personnel went up the tourist bus to check everyone’s passport. We were also asked to sign a visitor declaration, which listed all the things we must and must not do while in the area. We were not allowed to take photos of everything too. I think what made me paranoid was the thought that anything can happen while we were there at the border. In fact, tours get cancelled whenever there is tension between North and South Korea. Some even call it the world’s most dangerous border. 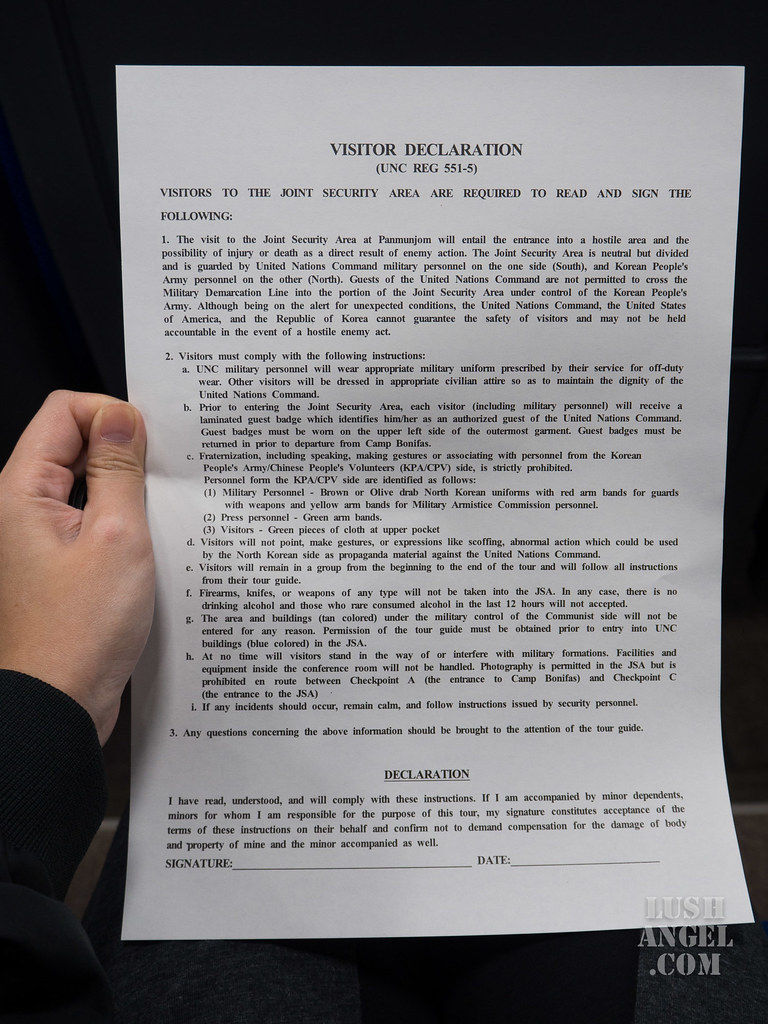 Here are more photos around DMZ… 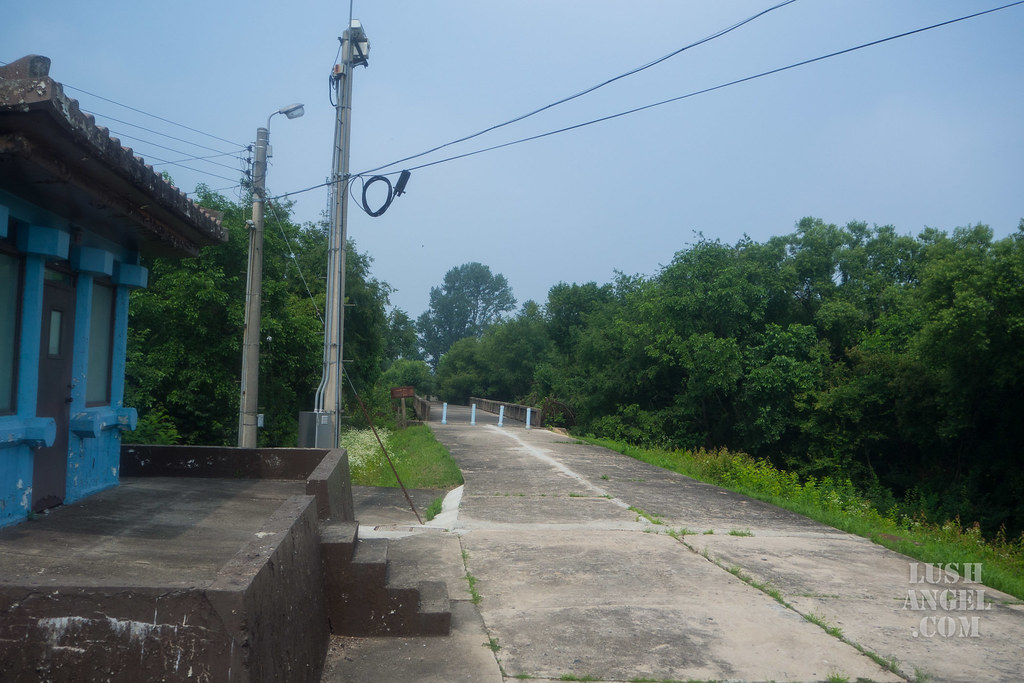 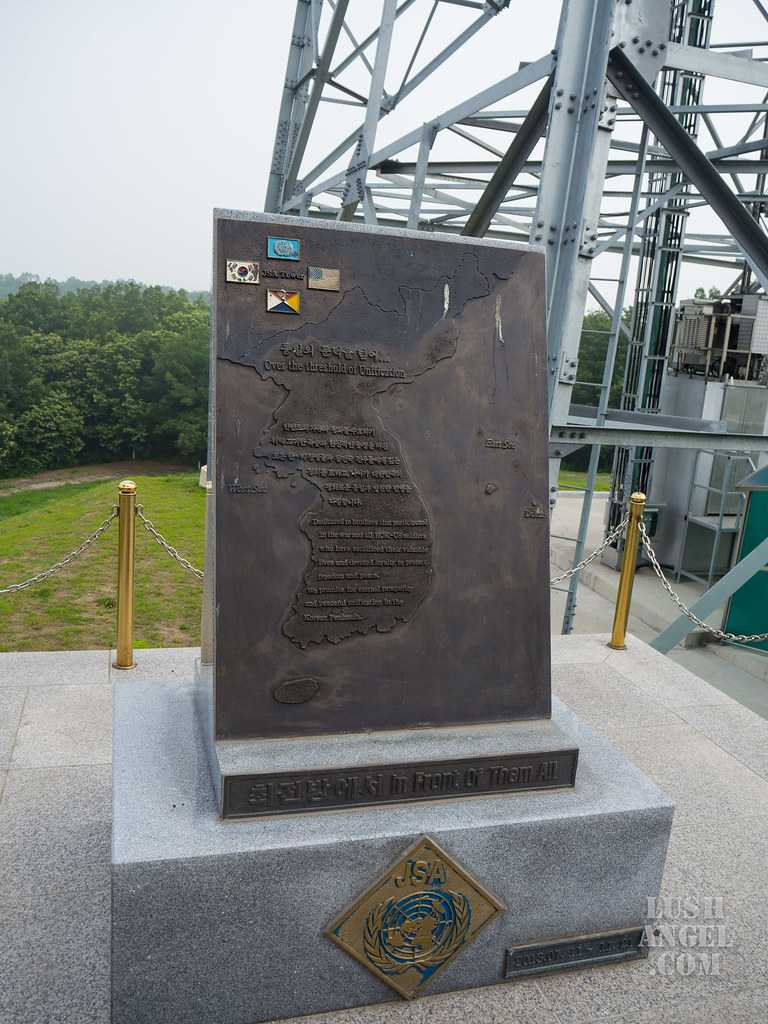 You see the tower? That is North Korea already. 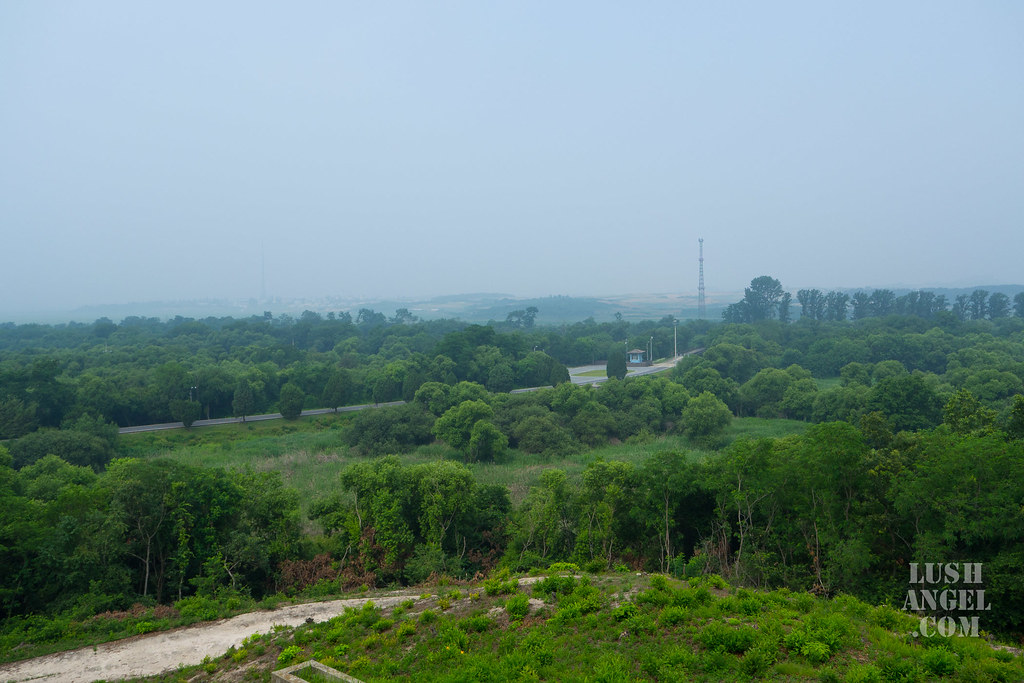 In the JSA (Joint Security Area), you can see military personnel from both sides. 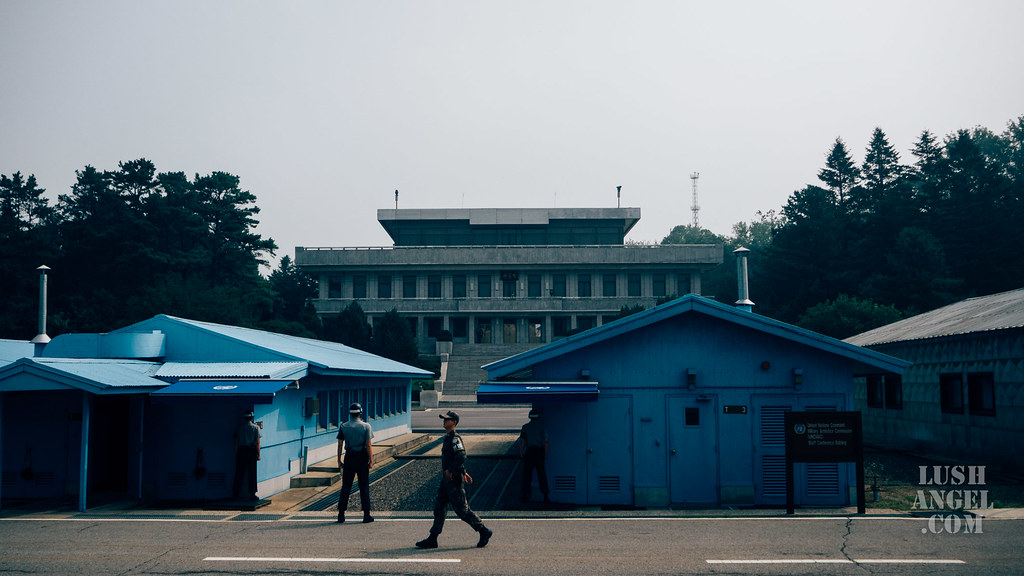 Basically, the cords in this conference room signifies the Military Demarcation Line – half South Korea and half North Korea. So technically, I already set foot in North Korea since I went past that border. By the way, one can only cross the MDL within the constraints of these blue conference rooms. 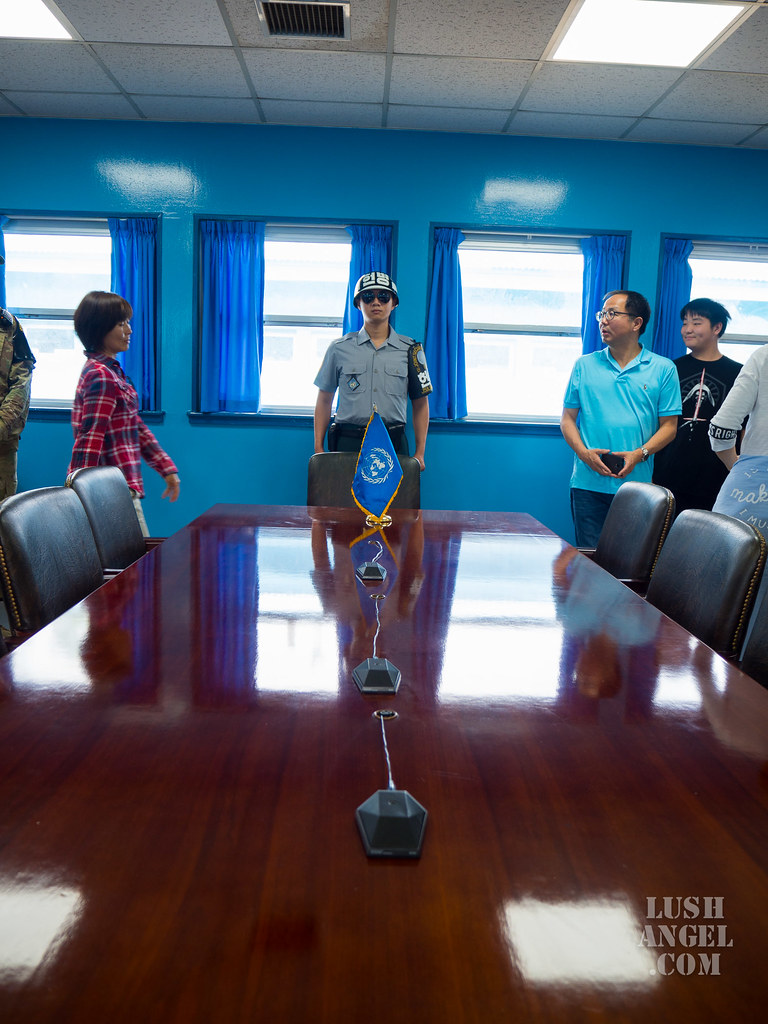 Here are more photos of North Korea from the Dora Observatory. If you can see the towers, that’s North Korea side. From where I took these shots, we could hear music from the North Korea border played every now and then. It was really creepy! Our guide said, it is propaganda music. 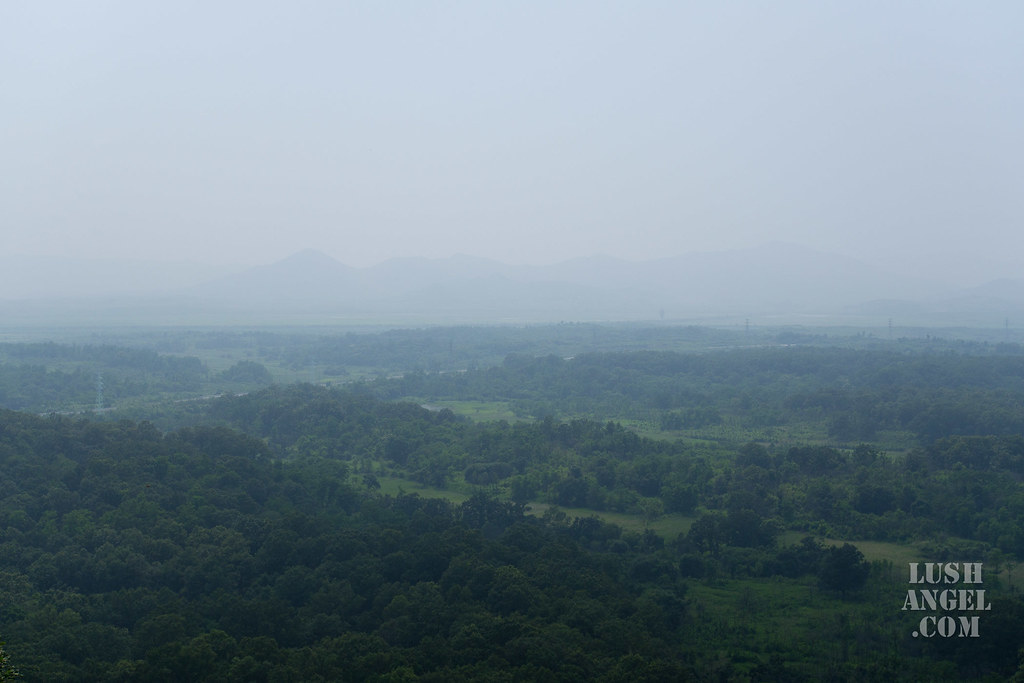 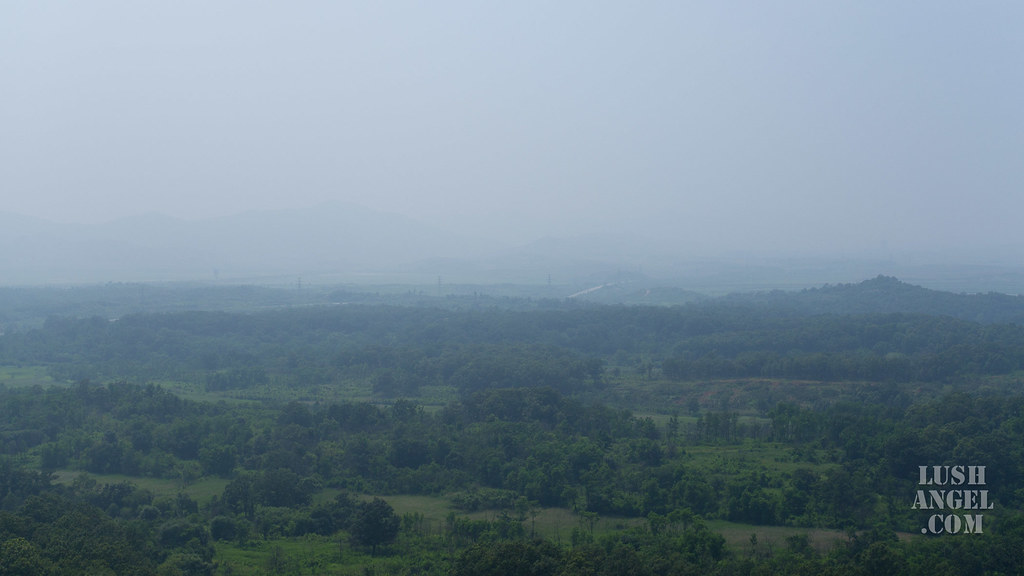 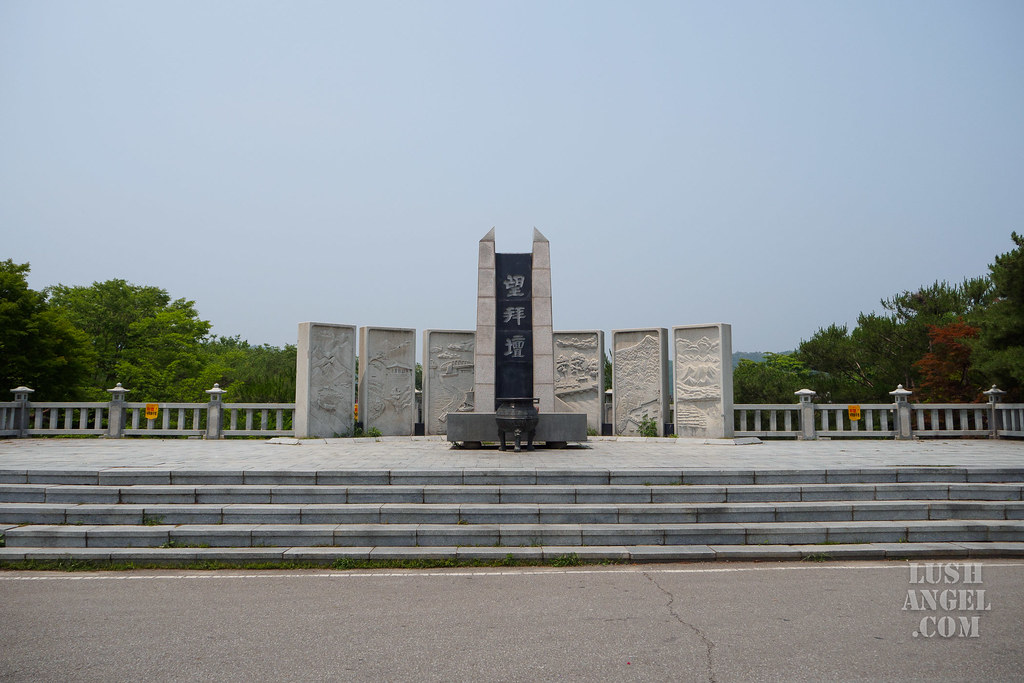 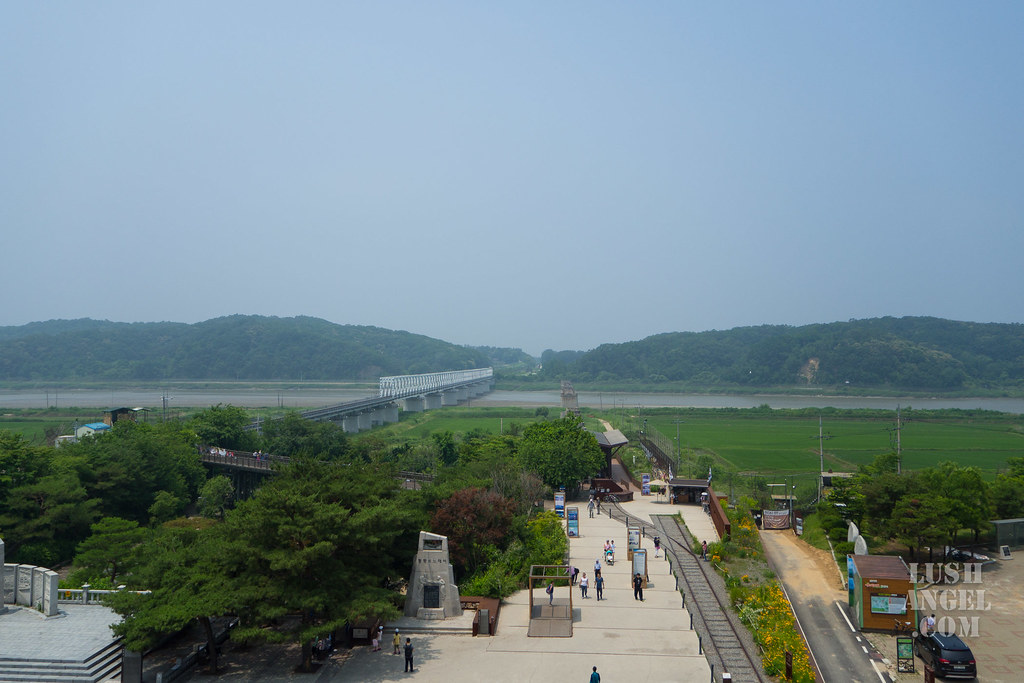 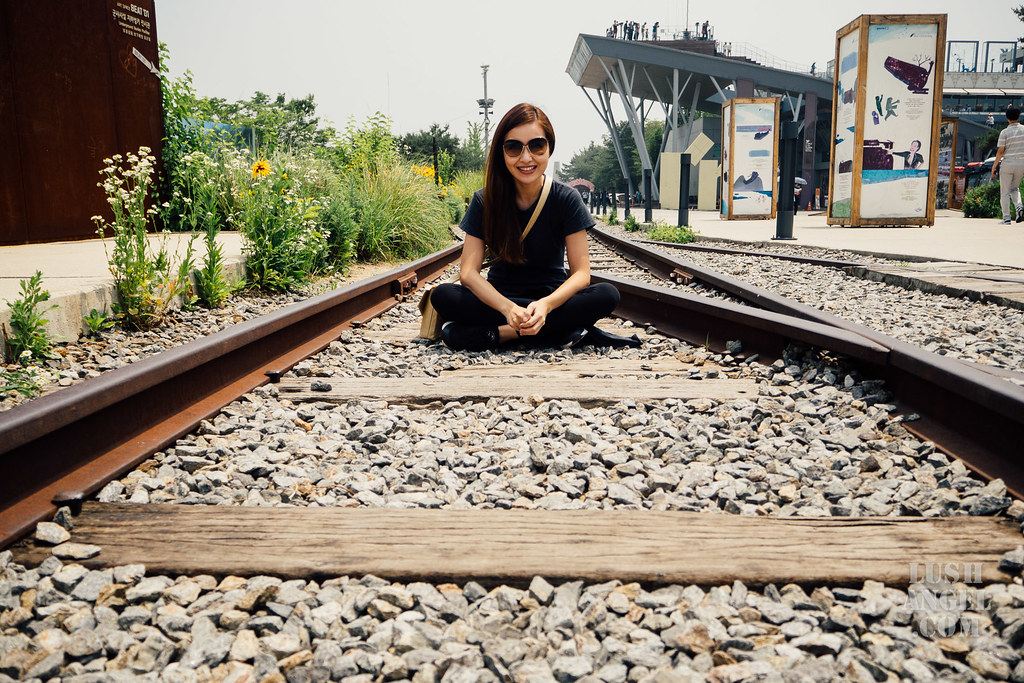 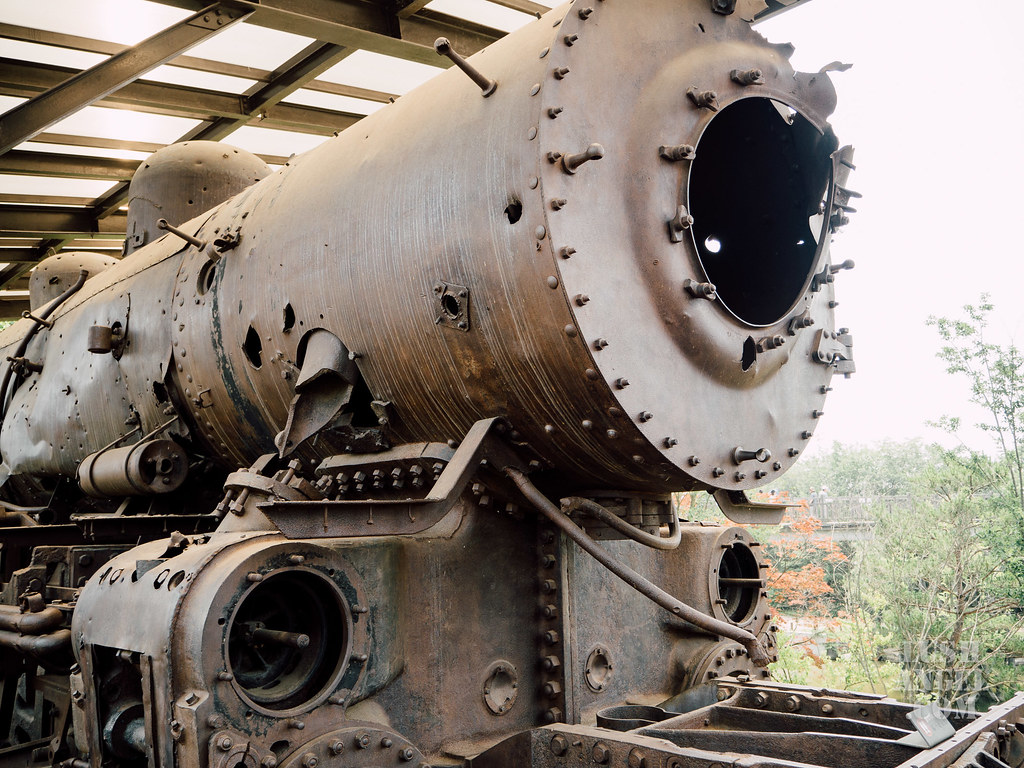 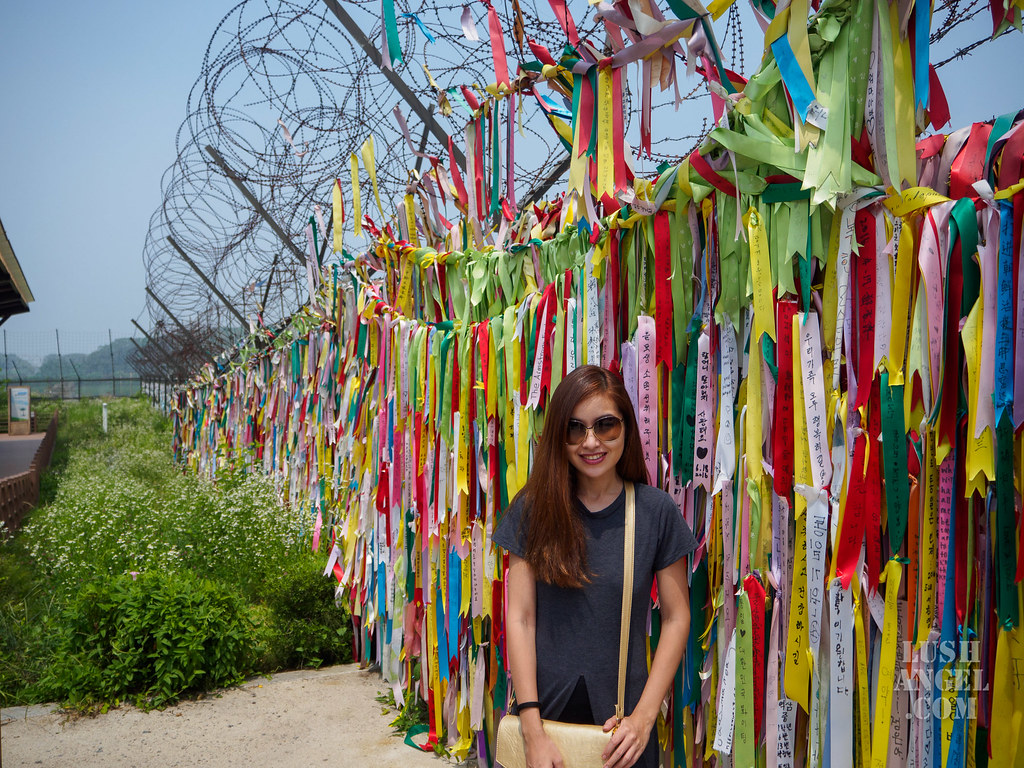 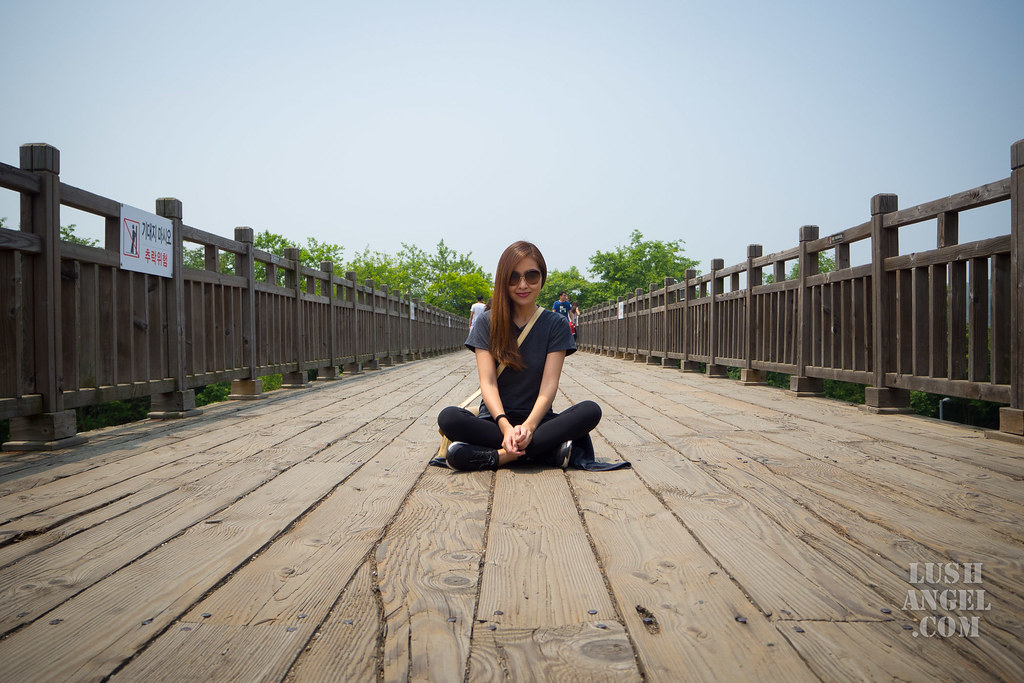 Dorasan Station is the railway station that supposedly connects South and North Korea. Obviously, that line is not working. 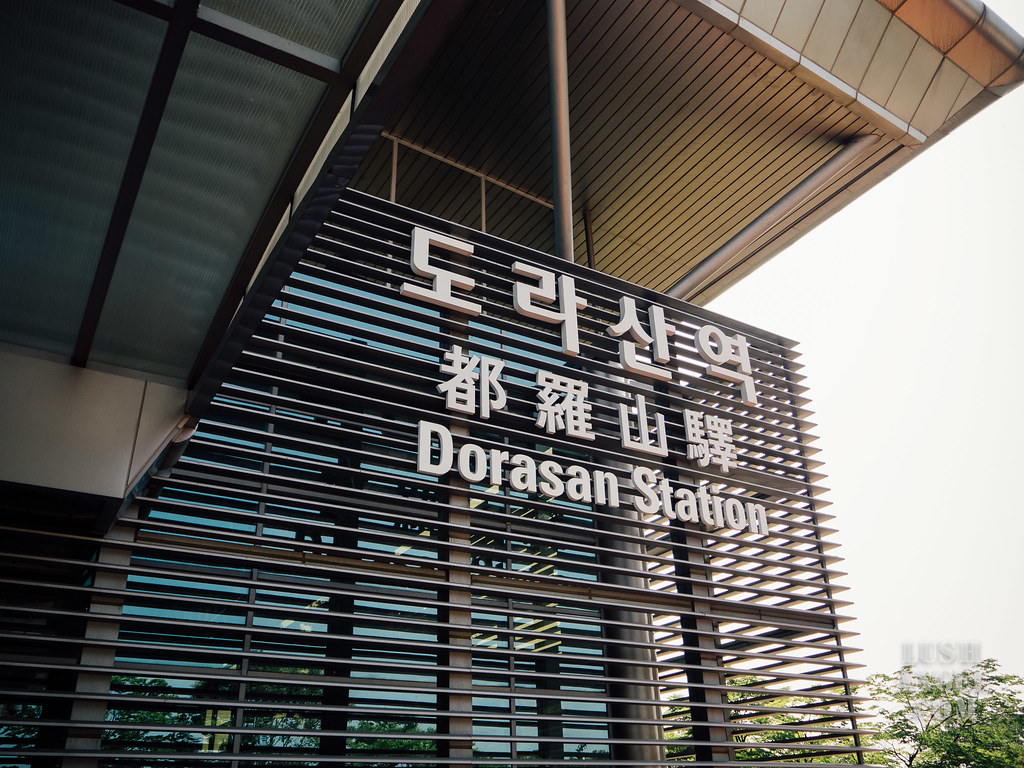 Dare to go to Pyeongyang? 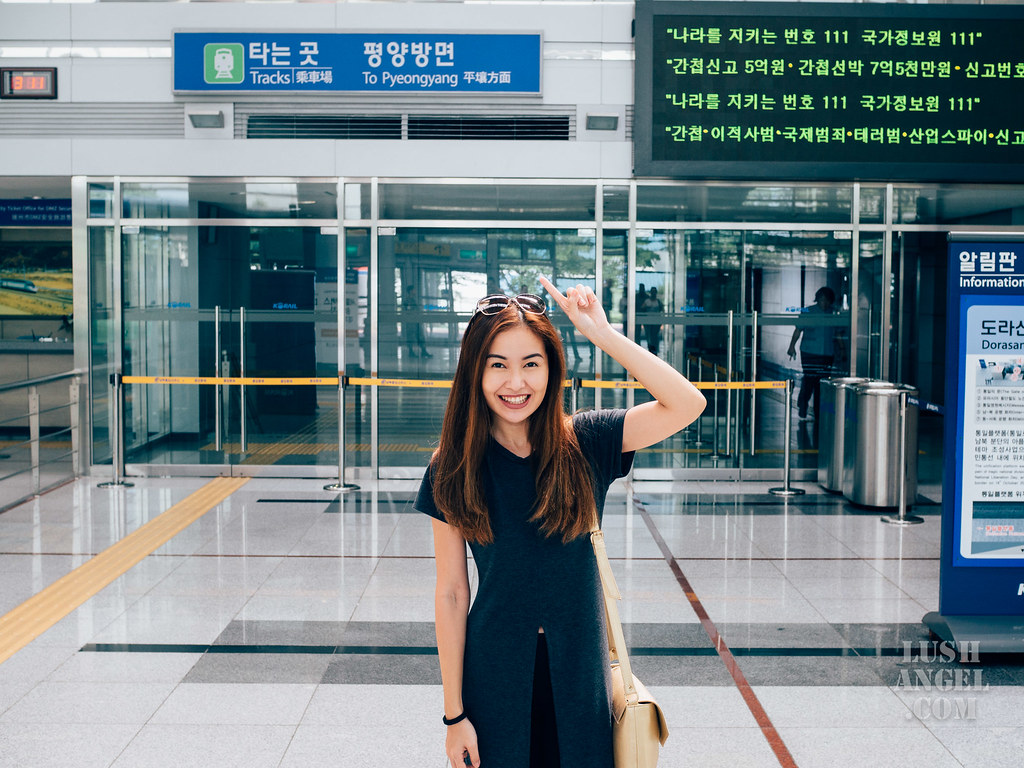 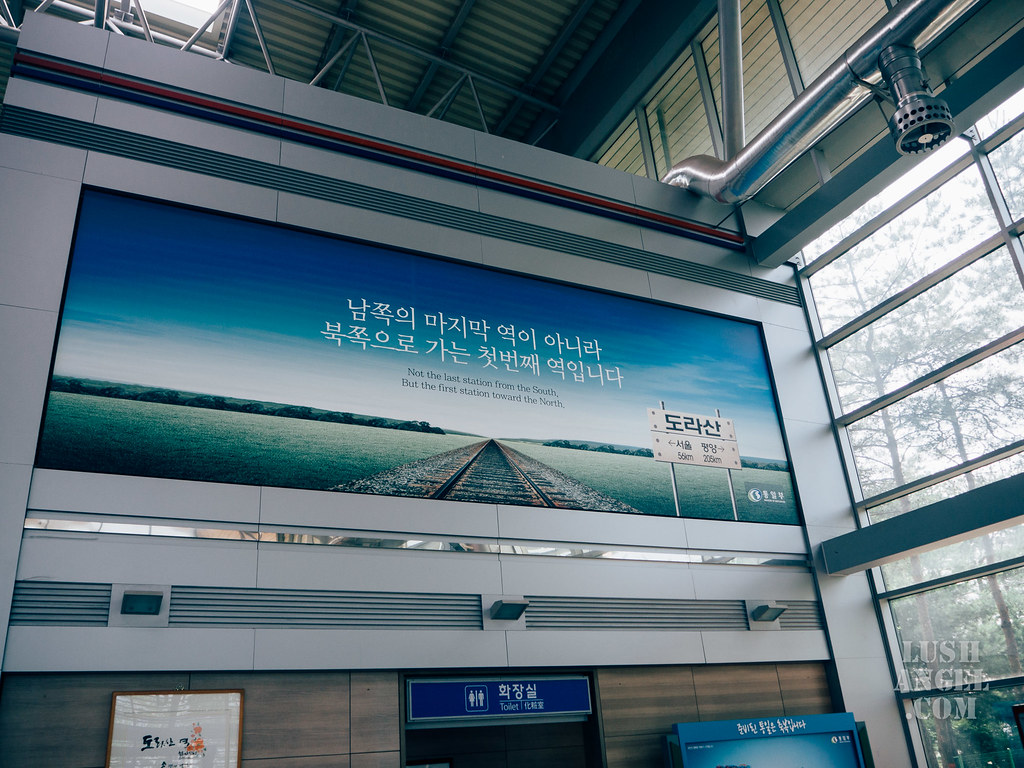 If you’re visiting Seoul, I suggest allotting half day here! ‘Til my next Korea post! 🙂

Where to Go in Europe?